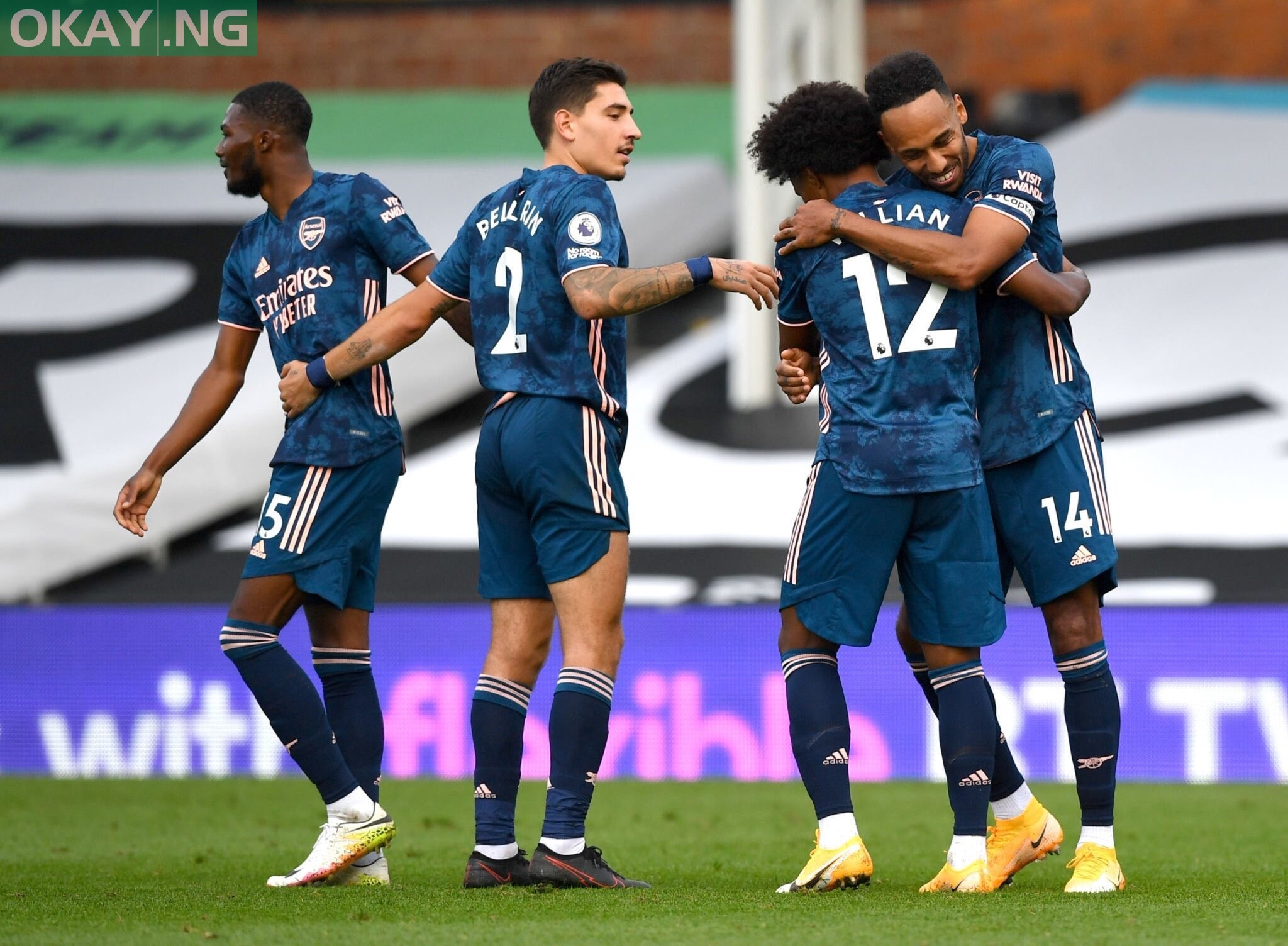 Arsenal made a flying start to the new Premier League season as Gabriel Magalhaes grabbed a debut goal and Pierre-Emerick Aubameyang scored a stunner in Saturday’s 3-0 win at Fulham.

Just 48 days after last season’s delayed conclusion, the Premier League is back and Arsenal hit the ground running with the kind of confident display that has become their hallmark since Mikel Arteta took charge.

Arsenal’s free-flowing attack was too incisive for promoted Fulham and Alexandre Lacazette gave the visitors an early lead at Craven Cottage.

Brazilian defender Gabriel scored Arsenal’s second after the break in his first appearance since his close-season move from Lille.

Aubameyang added the final flourish with a typically eye-catching strike that emphasised why Arsenal are so desperate for the Gabon forward to sign an extension to the contract which expires at the end of the season.

Arteta has said that fans concerned Aubameyang will leave can “relax” because he is “very optimistic” his captain will agree a new deal soon.

With former Chelsea winger Willian providing a pair of assists on his debut, it was the ideal way for Arsenal to start a season that appears full of promise after last season’s FA Cup triumph.

Although their eighth-placed finish in the Premier League ranked as Arsenal’s lowest final position since 1995, Arteta had little to do with that after taking charge in December following the dismal reign of Unai Emery.

The former Manchester City assistant coach has been a much-needed breath of fresh air for Arsenal and pushing for a place in the top four should not be beyond his revitalised team this term.

While the continued absence of fans due to the coronavirus and shorter than usual break has taken a little anticipation away from the new campaign, Arsenal were keener than most to get back in action after beating Chelsea in the FA Cup final.

The Gunners had underlined their rapid improvement by defeating Premier League champions Liverpool on penalties in the Community Shield last month and Fulham were no match for them.