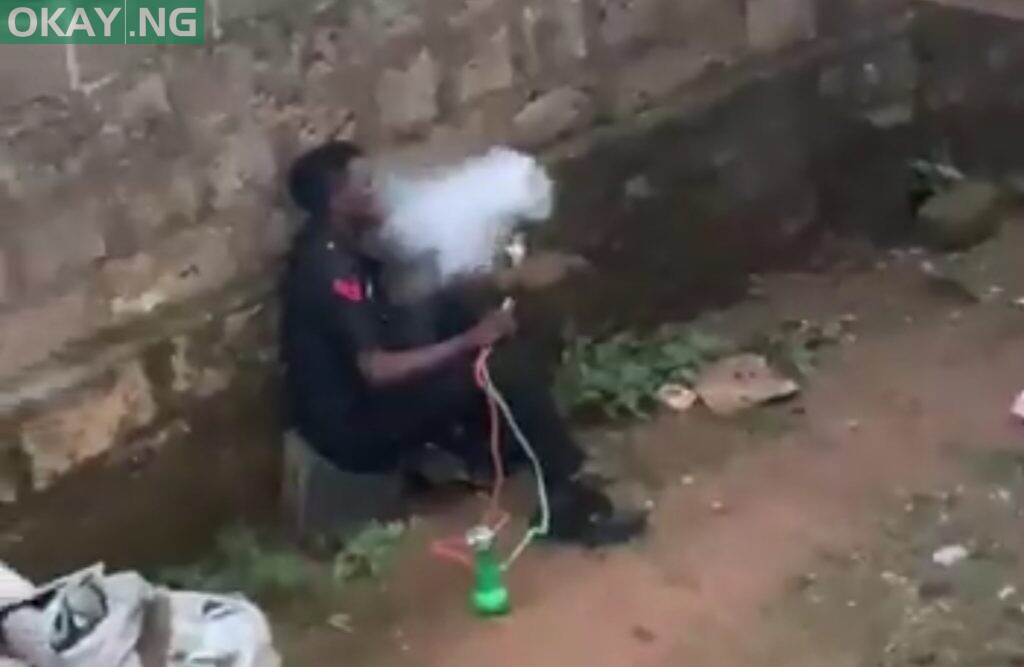 The Nigeria Police Force on Sunday said it has started investigating a viral video of a man in ‘police uniform’ smoking shisha.

Okay.ng understands that Shisha is the Arabic name for a type of pipe for burning tobacco, in which smoke passes through a container of water before it is breathed in.

In the video shared on social media, the man who is yet to be identified is seen sitting alone near a parameter fence, engrossed in his smoking.

Reacting to the video, spokesman of the Police, in a statement said the investigation of the video has been commenced.

The statement reads: “The Nigeria Police Force has commenced investigations into the viral video showing a man wearing what appears to be a Nigeria Police “uniform” smoking shisha.

“The investigation will amongst other things seek to forensically establish the authenticity of the video, the true identity of the man in the uniform – whether he is in fact a policeman, an impostor or an actor in a movie scene.

“However, while not being prejudicial to the ongoing investigations, it is necessary to state that the character exhibited by the man in the uniform is not a true reflection of who we are as a regimented law enforcement agency – our trainings, discipline, norms and tradition.

“Meanwhile, members of the public with useful information that can assist police investigations are enjoined to provide same via the following; [email protected], or DM on our social media platforms.”