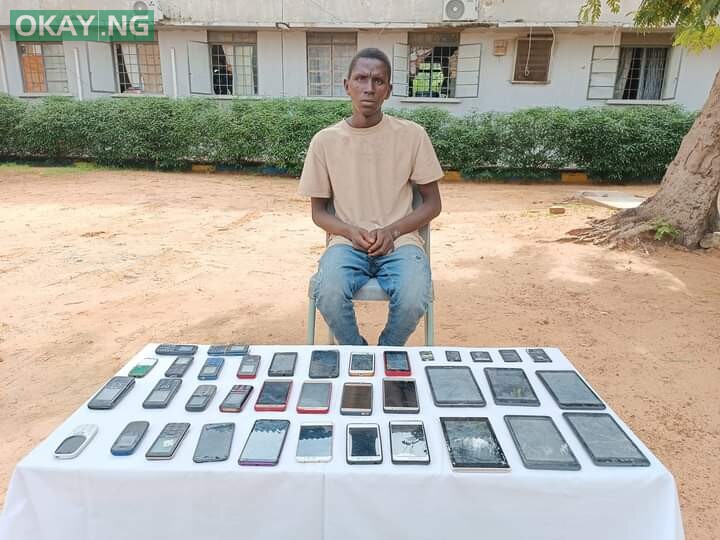 Operatives of the Nigeria Police Force in Kano State have arrested one, Umar Salisu, for theft and burglary.

Okay.ng has learned that the 24-year old suspect had burgled a Mobile Phone technician’s shop at Tudun Murtala Quarters in Kano State, where he singlehandedly stole more than 40 mobile phones from the shop.

In a statement released by SP Abdullahi Haruna Kiyawa, the Kano State Police Command PRO, it was revealed that thirty-two of the mobile phones have been recovered from him, and two others suspects were arrested for buying 13 of the stolen phones from the suspect.

SP Kiyawa added that discreet investigation is in progress, and the Commissioner of Police directed that the principal suspect be charged to the same court he was charged before for prosecution.

The Police Commissioner of the State, CP Sama’ila Shu’aibu Dikko commended the effort of the Police Officers that participated in the investigation and further reiterated that criminals will have no hiding place in Kano State.

He advised them to either repent or leave the State completely, or get arrested and face the full wrath of the law.

The Police Command chief also thanked the good people of Kano State for their prayers, encouragement, continuous support, and cooperation.

He urged residents to continue to pray for the State, the Nation and report incidences to the nearest Police Station, and not take laws into their hands. 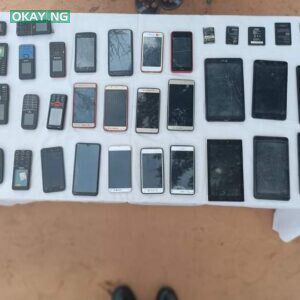