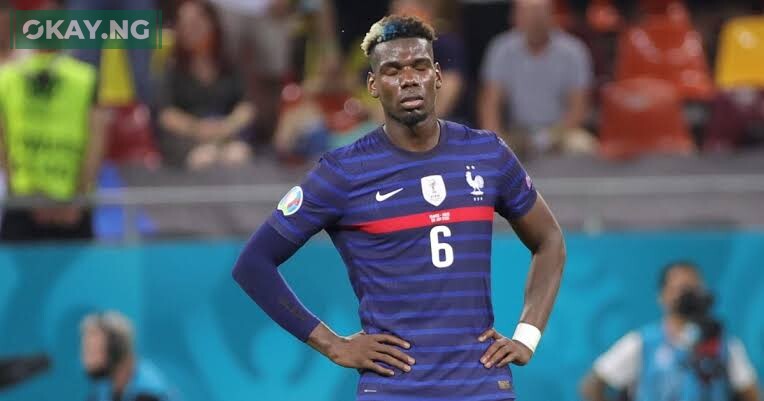 Okay.ng understands that the ex-Manchester United star failed to recover the injury despite undergoing a surgery in September.

The midfielder would not return to the Juventus squad or join up with France for the World Cup, which takes place from Nov. 20 to Dec. 18.

“Following yesterday and today’s medical review in Torino and Pittsburgh, it is extremely painful to inform Paul Pogba will still need recovery time from his surgery,” agent Rafaela Pimenta said.

“For this reason, Paul will not be able to join Juventus squad before the World Cup break nor the French national team in Qatar. If wishful thinking would change things, Paul would be playing tomorrow.”

The 29-year-old has not played a single minute for Juventus this season since rejoining the club from Manchester United on a free transfer in July.

Juventus released a statement on Monday that read: “Paul Pogba, in light of the recent radiological examinations performed at J|Medical and the consultation carried out in Pittsburgh by Prof. Volker Musahl on the evaluation of his knee, needs to continue his rehabilitation program.”

The news is a huge setback for reigning world champions France, who will also be without Chelsea midfielder N’Golo Kante for this year’s tournament.

Pogba was one of France’s most influential players in their 2018 World Cup triumph, scoring in the final victory over Croatia as they won the trophy for the second time.