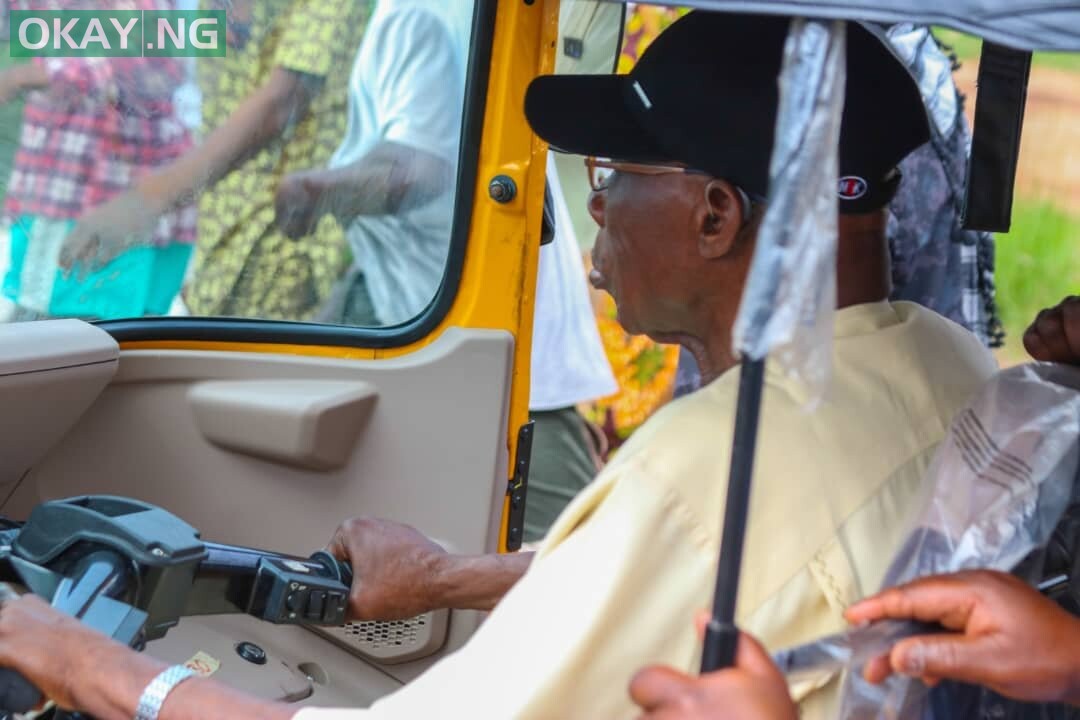 Okay.ng reports that Obasanjo rode the tricycle from the premises of the Olusegun Obasanjo Presidential Library through Kuto under bridge, amidst greetings and jubilation by onlookers along the road.

He also stopped to pick up some passengers while on the ride.

Speaking after the action, Obasanjo he decided to ride the tricycle to show the teeming youths that there were many opportunities to legitimately make a living in the country.

The former president added that his action was to further stress what he said earlier that with ‘Keke NAPEP’ business, which his government launched in November 2002, Nigerian youths could still be self-reliant.