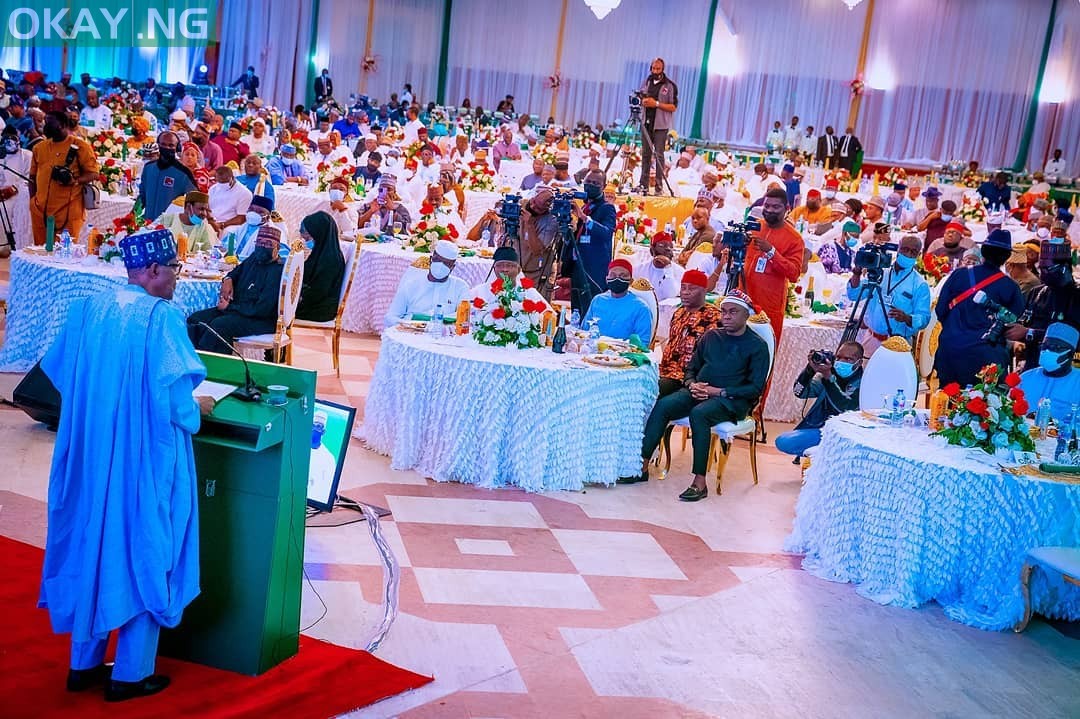 President Muhammadu Buhari on Tuesday evening hosted leadership and members of the National Assembly to a dinner at the Conference Centre of the Presidential Villa, Abuja.

The News Agency of Nigeria (NAN) reports that the dinner was attended by Vice-President Yemi Osinbajo; Secretary to the Government of the Federation, Boss Mustapha; and the Chief of Staff to the President, Ibrahim Gambari.

Others in attendance included some cabinet ministers as well as presidential aides.

Senate President, Ahmad Lawan, had during the plenary on Tuesday read a letter from Mr Buhari inviting the lawmakers for the dinner.

Before the dinner, the president had received the report of House of Representatives special committee on national security.

Speaker Femi Gbajabiamila led the leadership of the House to present the report to the president.

The committee which was chaired by Mr Gbajabiamila organised a three-day security summit during which 19 recommendations were made to stem the pervading security challenges in the country.

All the 19 resolutions were adopted by the House during the plenary session earlier on Tuesday.

Receiving the report, Mr Buhari commended the 9th National Assembly for its cooperation with the executive arm.

The president said he tried very hard to get the cooperation of the 8th Assembly to do same for the sake of the country, “and I didn’t succeed much.”

”But time has proved me right.”