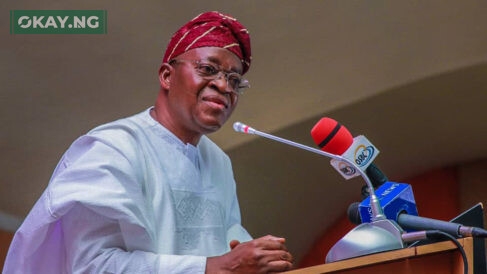 In an effort to prevent potential disasters as the dry season approaches, Osun State Governor Adegboyega Oyetola expressed sympathy for the victims of the fire that broke out in the well-known Oja-Oba market. He also urged the citizens of the state to put personal and collective safety first.

He placed the call while expressing his condolences to the Oja-Oba market fire victims in Osogbo, which occurred just a week after a similar tragedy destroyed a commercial center in the Alekuwodo neighborhood of the state capital Okay.ng learnt.

Governor Oyetola expressed his sincere sorrow while thanking God that no lives were lost in the event during his on-the-spot assessment of the conflagration at the Oja-Oba market. The state capital is Osogbo.

On Tuesday, a portion of the market was completely destroyed by fire, destroying both expensive items and the owners’ personal things from the affected shops.