Yemi Alade and Tiwa Savage are back with the war of words on social media.

Everything started after Yemi Alade took to her Twitter to diss a celebrity who she claimed was “deceiving” her fans with big butt photos.

In her tweet, she said: “Stop increasing your nyash in your pictures! You know you are straight like “I” embrace your real self! Ahh ahh. Deceiving fans up and dan,” 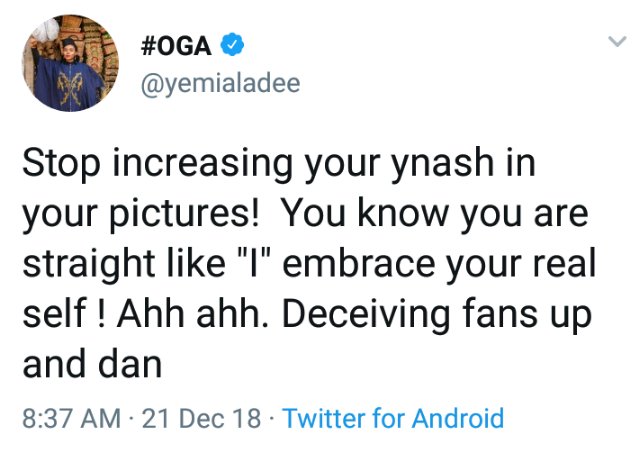 Tiwa Savage was not getting it then replied with more photos which put her butt on display with the caption: “To whom it may fucking concern,” she said on one photo, and in another continued, “I get plenty more by make I no break your screen guard. Let sleeping dogs lie. A word is enough for the wise.” 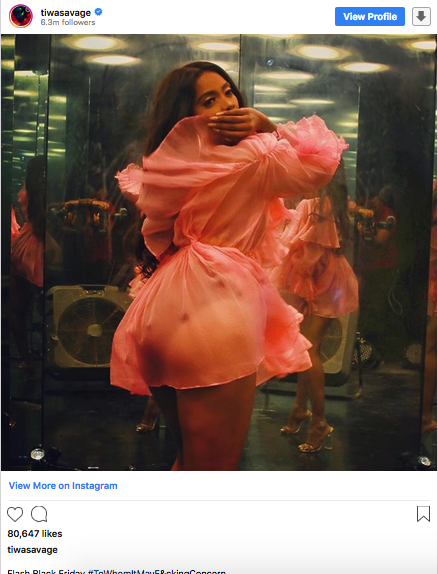 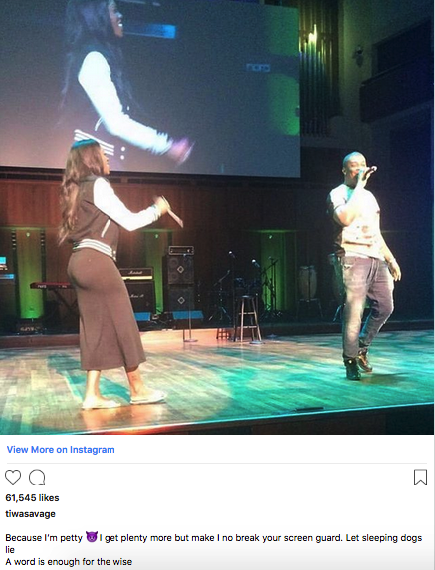