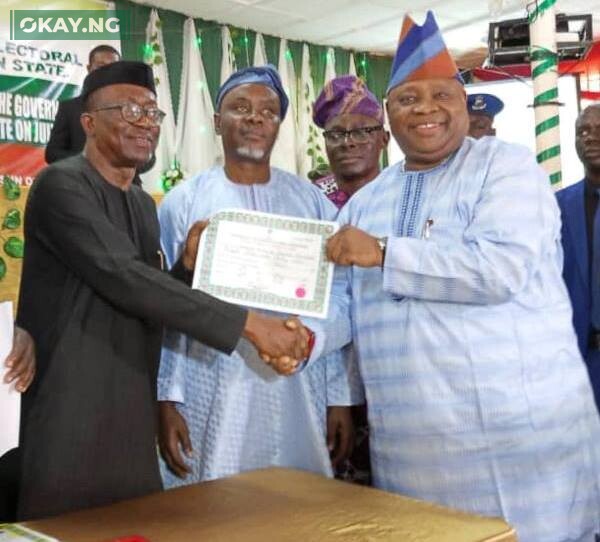 The Governor-elect of Osun State, Ademola Adeleke, has received his certificate of return from the Independent National Electoral Commission.

Speaking at the ceremony, Adeleke dedicated his victory to the memory of his late elder brother, Senator Isiaka Adeleke, and the people of the Osun state.

It can be recalled that Adeleke of the Peoples Democratic Party, on Saturday, July 16, defeated the incumbent governor Adegboyega Oyetola of the All Progressives Congress, with 403, 371 votes.