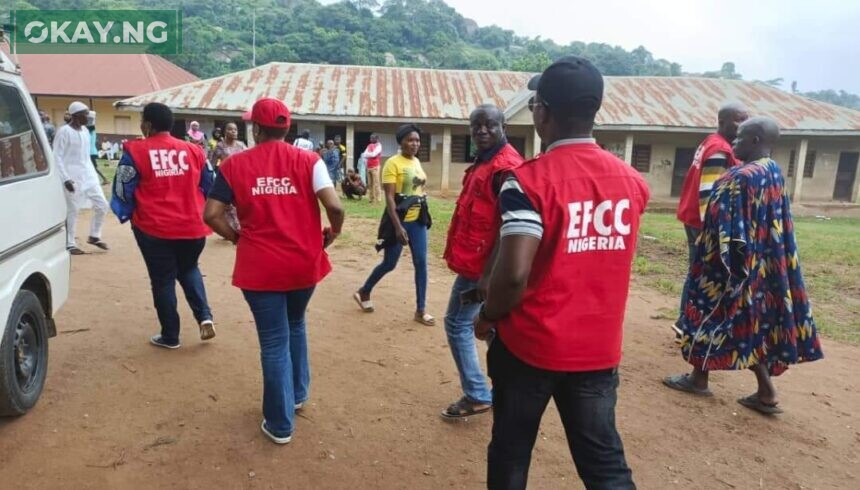 Operatives of the Economic and Financial Crimes Commission (EFCC) have stormed some polling units in Ede, Osun State, in the ongoing election.

The EFCC personnel were seen moving around the polling units and observing proceedings as voters took turns to get accreditation and cast their votes.

In ward 2 unit 9, Ede North, the EFCC personnel dressed in red jackets took strategic positions, apparently trying to see if there was vote-buying by insatiable politicians.

A visit to ward 4 unit 1 also revealed that the personnel had taken strategic positions in the polling unit.

The situation was not different in ward 5 unit 1, as some were also sighted moving around and observing the proceedings.

The anti-graft agency is waging war against vote-buying and inducement to ensure the electorate vote for their choices in the election.