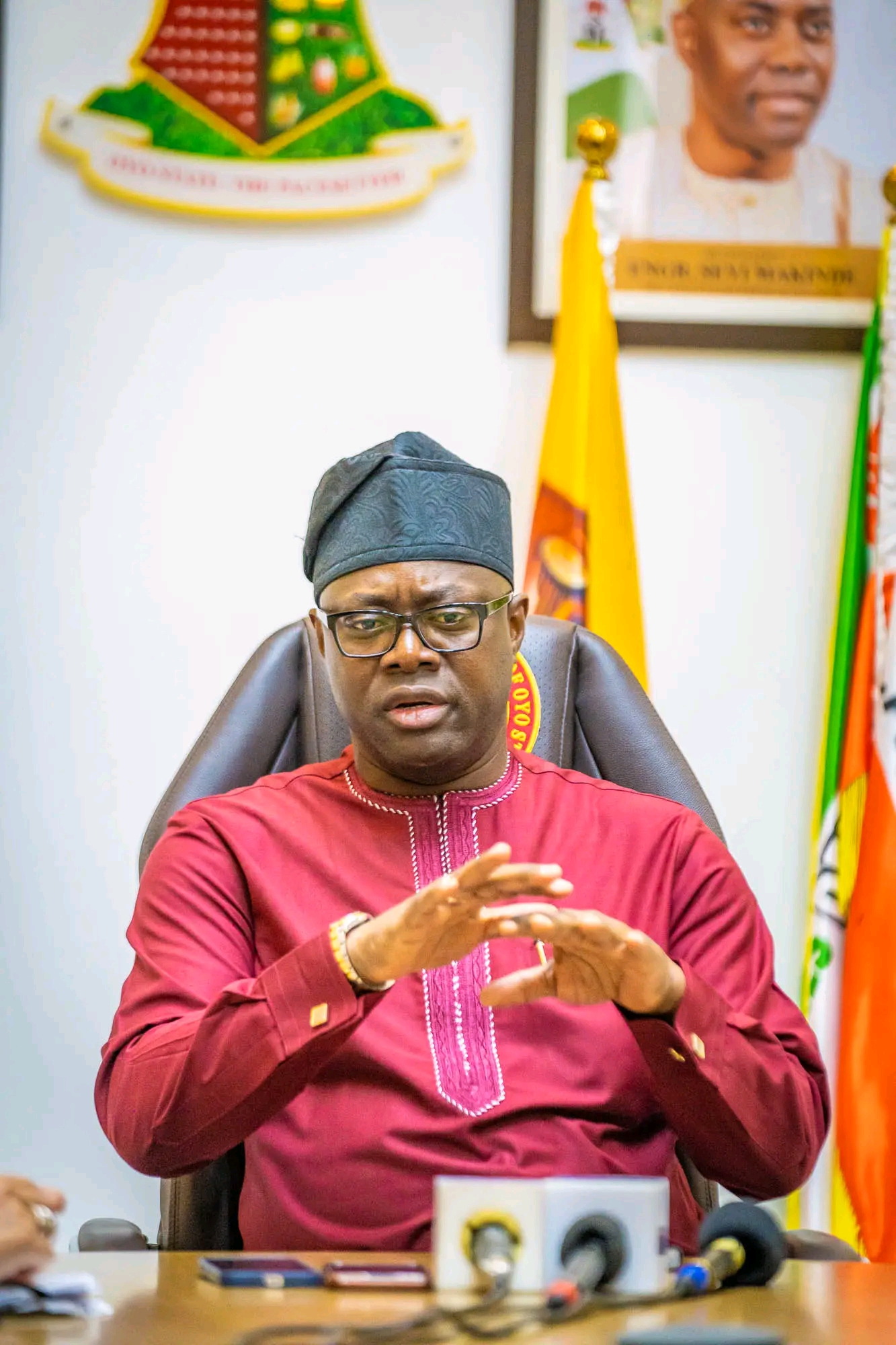 The leadership of the People’s Democratic Party in Osun, Ondo, and Ogun states have disagreed with the Oyo State Governor, Seyi Makinde, over his call for the removal of Senator Iyorchia Ayu as the National Chairman of the party.

Okay.ng had reported that Oyo State Governor, Seyi Makinde, on Wednesday called for Ayu’s resignation at the South-West PDP stakeholders’ meeting with the presidential candidate of the party, Atiku Abubakar.

“We must resolve the issue on the face of Nigerians, by asking the National Chairman to step down, so that the PDP in the Southern part of the party will feel included in the top hierarchy of the party,” the Oyo State governor has said.

However, in a statement by the Osun State Caretaker Chairman of the party, Dr Akindele Adekunle, said that there was no meeting held by the South-West PDP, where they agreed on the resignation of Ayu.

In a similar vein, a statement by the Ogun State chapter of the party kicked against the pronouncement of Makinde at the South-West PDP event, describing his statement as “ill-timed and dangerous for the well-being of the party.”

The statement read in part, “Ogun PDP strongly insists that the sanctity of the party constitution cannot be slaughtered on the altar of narrow individual whims and caprice.

“The party, at this crucial stage and time of its democratic existence, requires full concentration to remain focused on its goal of rescuing and repositioning the country for prosperity and abundance.

“Therefore, all forms of distractions should be jettisoned for the common of all”

Meanwhile, The Ondo State Publicity Secretary of the PDP, Kennedy Peretei, has responded to Makinde’s statement, saying it is focused on victory at the polls.

The state read in part, “Against this background, Ondo State PDP aligns itself completely with the 97th National Executive Committee meeting resolutions which passed a vote of confidence on Senator Iyorchia Ayu as National Chairman of our great party.

“We unconditionally support the presidential candidate of our party, Alhaji Atiku Abubakar who possesses the experience and capacity to lead Nigeria to the destination of our dreams.