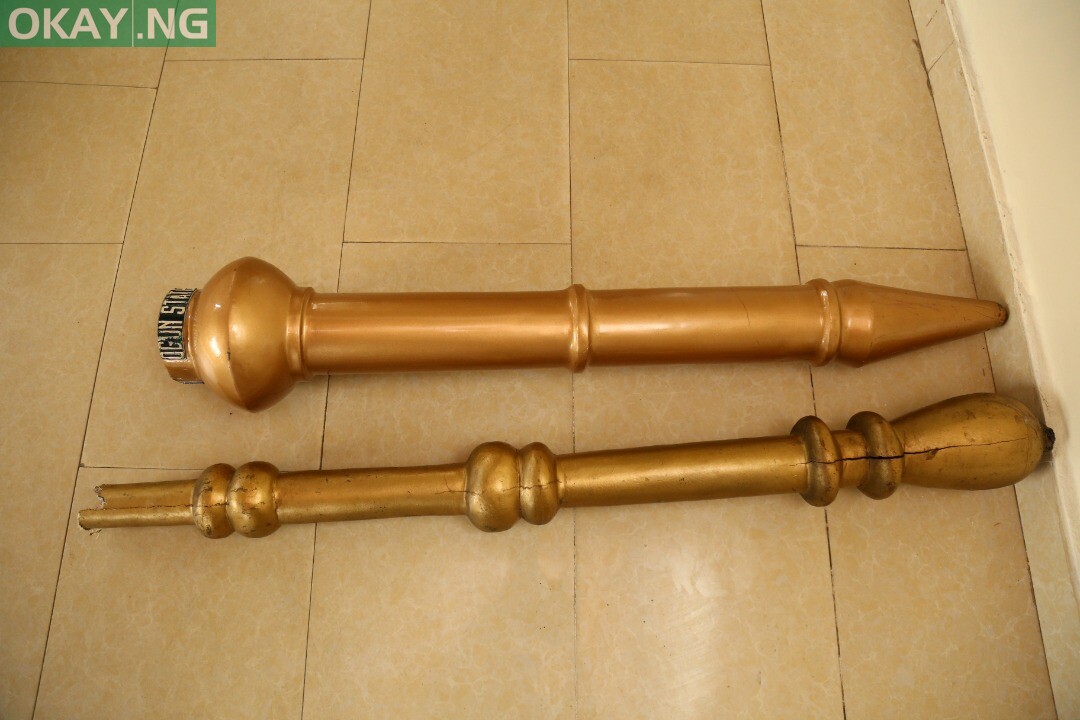 The Nigeria Police Force has announced the recovery of the missing mace of Ogun State House of Assembly.

According to the Police operatives attached to Trade Fair Station of the Lagos State Police Command in a statement, the mace was recovered in the  Abule Ado Area of the state at about 8:30 am on Friday.

The police operatives said it worked on an intelligence from the members of the community that someone in a moving vehicle, suspected to be Toyota Siena Space Wagon, threw out an object into the nearby bush and recovered the object which was later identified to be the Ogun State House of Assembly Mace.

The statement reads partly: “The mace has been handed over to the Commissioner of Police, Lagos State, CP Hakeem Odumosu, who later instructed the DCP State CID, Lagos State, Yetunde Longe, to protect the mace and liaise with the Ogun State Police Command on the return of the recovered mace to Ogun State.

“The Commissioner of Police, Lagos State, CP Hakeem Odumosu however promised to assist the Ogun State Police Command in the investigation into the incident that led to the recovery of the mace.”