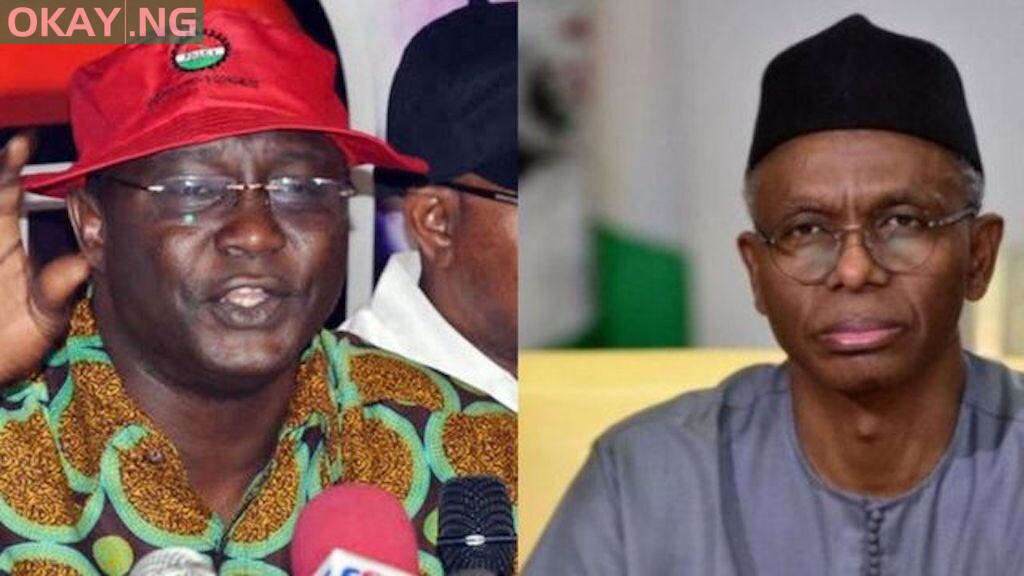 The Nigeria Labour Congress (NLC) has threatened a fresh nationwide strike in a letter to President Muhammadu Buhari.

In the letter dated 3 June 2021 obtained by Okay.ng, the President of the NLC, Ayuba Wabba, accused, the Governor of Kaduna State, Nasir El-Rufai, of refusing to honour/respect the Memorandum of Understanding (MoU) signed at a meeting brokered by the Minister of Labour and Employment, Chris Ngige.

The letter read: “We write to convey the deepest appreciation of the entire workforce in Nigeria for the gracious intervention of Mr. President to the recent industrial dispute in Kaduna State occasioned by the decision of the Kaduna State Governor, Mrs Nasir El-Rufai, to arbitrarily sack thousands of workers in the State Public Service without recourse to the provisions of Nigerian laws.

“Given the fatherly intervention of Your Excellency, Mr. President, the Nigeria Labour Congress immediately suspended our warning strike and embraced the conciliation process brokered by your directives and facilitated by the Federal Ministry of Labour and Employment.

1. Refusal of the Kaduna State Government to honour/respect the Memorandum of Understanding signed at a meeting brokered by the Minister of Labour and Employment;

2. Continuous violation of workers’ rights as provided in our labour laws;

3. Punitive transfer of the State Chairperson of the NLC;

4. Workers’ victimization by sack for participating in the warning strike;

5. Violation of the “no victimization” clause in the signed agreement;

6. None adherence and respect for the rule of law;

“Your Excellency, Mr President, the National Executive Council (NEC) of the NLC on May 25, 2021 resolved that in case the Kaduna State Government remains adamant and recalcitrant or continues to pursue the path of war, threat and punitive actions against workers and their interests, that it had given the National Administrative Council (NAC) the power to re-activate the suspended industrial action in Kaduna State and also call for the withdrawal of services of all workers in Nigeria without any further notice.