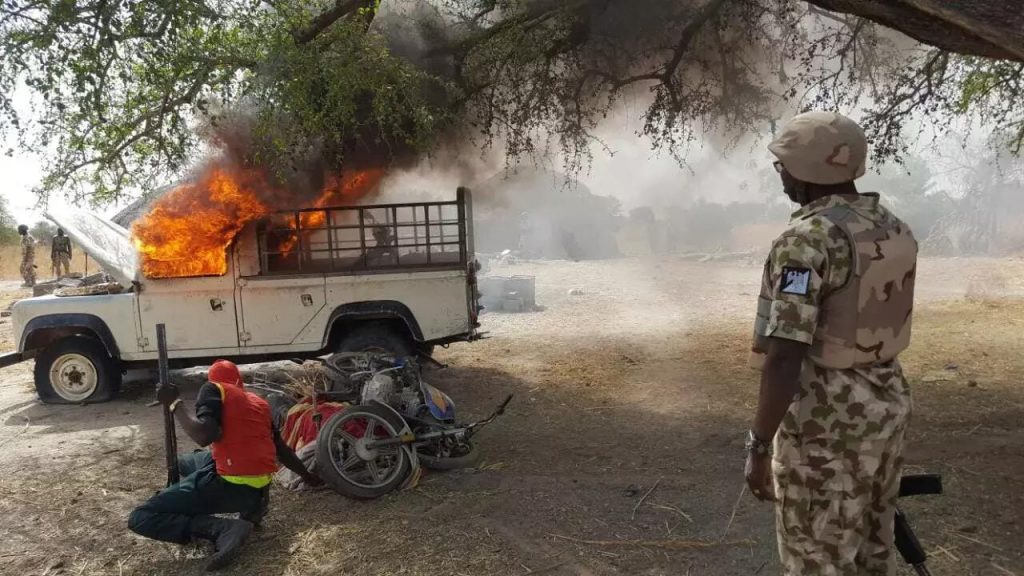 The Director Army Public Relations, Brigadier-General Sani Usman, in a statement on Tuesday, said the rescue was a result of a major offensive against suspected Boko Haram hideouts.

The statement read in part, “At the Kutila village, the troops came under heavy attack from the terrorists.

“The troops responded and dealt with the Boko Haram terrorists by neutralising and routing them out of the area. Several others escaped into the thick forest with gunshot wounds.”

The troops recovered one Gun truck, one Canter vehicle and one pick up from the terrorists.

Usman said the troops engaged members of the terrorist group in a gun battle at Shirawa, destroying their newly constructed Logistics Base.

He said, “The gallant soldiers proceeded further to clear Bok, Misherde, Mika and Kutila also in Kala Balge Local Government Area of Borno State, where they liberated 455 persons held hostages by the terrorists.

“The rescued persons after thorough screening have been moved to Rann Internally Displaced Persons camp.”