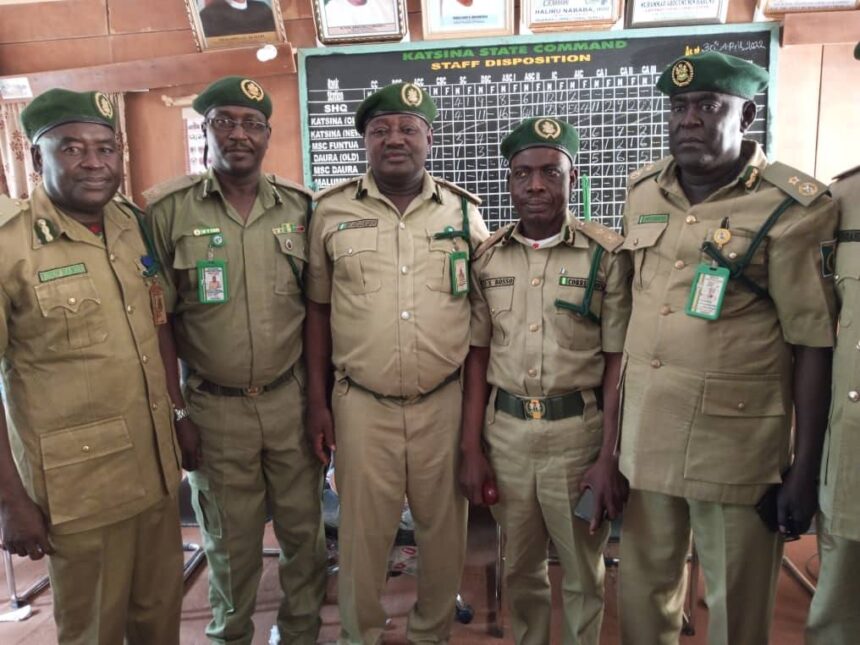 The officers were promoted by the Civil Defence, Correctional,Fire and Immigration Board (CDCFIB) as recommended by the Controller General of Corrections Nigerian Correctional Service Haliru Nababa mni

Controller Abdulmumin admonished the beneficiaries of the promotion to see the elevation as additional responsibilities, given the fact to whom much is given, much is equally expected and he advised the Newly Promoted officers to uphold the doctrine of the service to ensure effective reformation, rehabilitation and reintegration of deviants back to the society

In his vote of thanks on behalf of all the decorated 49 offcers, the Deputy Controller of Corrections Abdulrasheed Sule who is also the officer Incharge medium security custodial center Funtua, thanked the Controller General of Corrections Haliru Nababa mni for finding them worthy of being elavated to the next rank.