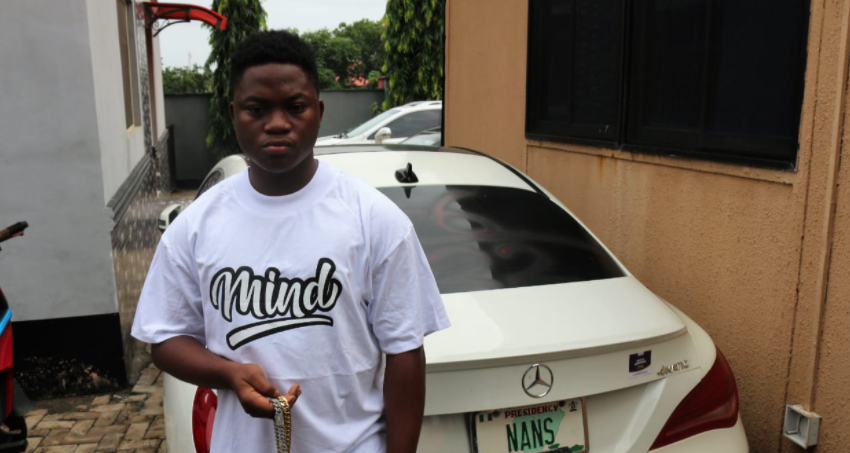 Adeyemi Abiodun, a 200-level student of the Federal University Oye-Ekiti (FUOYE), has been jailed for one year over N195m fraud.

This was disclosed in a statement signed by Head, Media and Publicity of Economic and Financial Crimes Commission (EFCC), Wilson Uwujaren, on Wednesday.

According to Uwujaren, the convict, who is studying Economics and Development Studies in FUOYE, is the director of logistics for National Association of Nigerian Students (NANS).

“The Ibadan Zonal Command of the EFCC has secured the conviction and sentencing of Director of Logistics of the National Association of Nigerian Students (NANS), Federal University, Oye-Ekiti Chapter, Adeyemi Israel Abiodun to one-year imprisonment for internet-related fraud,” the statement reads.

“He is among 40 persons convicted on separate one count charges before four judges of the Oyo State High Court, Ibadan.

“Their offences bordered on impersonation, obtaining money under false pretence, obtaining property by false pretence and forgery contrary to Sections 419, 467, 484, 516 and 508 of the Criminal Code Law Cap 38, Laws of Oyo State, 2000.

“Abiodun was arraigned before Justice Iyabo Yerima while thirty-nine others were prosecuted before Justices Bayo Taiwo, Akintola Ladiran and Olusola Adetujoye between August 15, 2022 and August 23, 2022.

“Furthermore, the court ordered Abiodun to pay the sum of $1,000USD (One Thousand United States Dollars) in restitution and forfeit a white Mercedes Benz CLA-250 with customized NANS plate number worth N16million, a gold neck chain and one ice neck chain worth N3.6million, bitcoin worth $58, 854.88USD, one Apple MacBook Pro 2020 Model and an iPhone 12 Pro Max to the Federal Government of Nigeria.

“Other convicts were ordered to restitute their victims and forfeit all items recovered from them.”