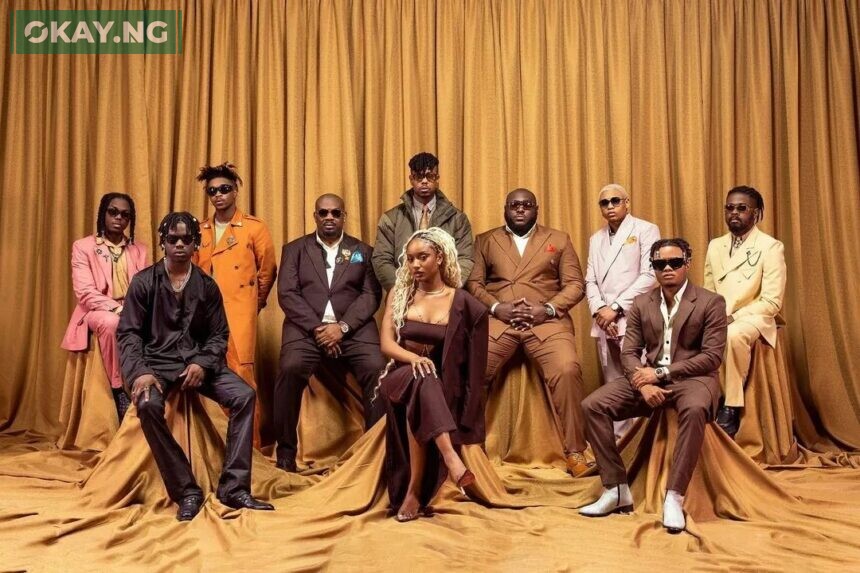 For the first time in 10 years, Afrobeats label Mavin Records is set to release a joint album and hold a Mavin All-Star concert.

This official announcement comes off the back of the success of their earlier all star release this year- Overloading- with the song being the first lead off the album. Now followed by Won Da Mo, released on the 2nd of November, 2022. For the first time, Mavin’s acts- Rema, Crayon, Boy Spyce, Bayanni, Ladipoe, Ayra Starr and Johnny Drille feature together on a song

This announcement comes into effect as the label looks to close out its10th year anniversary in grand form. A joint Mavin album is one of the industry’s watershed moments and it is part of a larger rollout that would climax into a Mavin All Star concert on the 16th of December, 2022.

Label founder and legendary producer, Don Jazzy, is the Album’s executive producer, working in collaboration with the recently unveiled Mavin Producers and Songwriters, who all have their imprints on the project. The album will be available to fans on 2nd of December, 2022.

Speaking on the Mavin 10th year anniversary Special, Don Jazzy reflects; ‘We are incredibly blessed to be 10. It’s not easy to have that staying power in our industry, but our fans have been amazing. They’ve been with us on this journey and they’ve relentlessly supported the amazing talents we discovered and groomed here at Mavin. We are inspired to do more and to continue pushing the industry to the global stage’

The Mavin all star concert is a curated experience that is set to be one of the year end’s biggest afrobeats event. It would be part of the annual LivespotXFestival and would feature an array of fan centered activities that would be rolled out in the coming weeks.

It is exciting times for Mavin and fans of the label, and its COO, Tega Oghenejobo is even more pleased by the potential of the future; ‘This is a big win for the team, for the fans and for everyone who is looking at what is possible in our industry. Our coming concert is a celebration for us all. For Afrobeats. We’re grateful for what we’ve done so far and for the promise that the future hold’