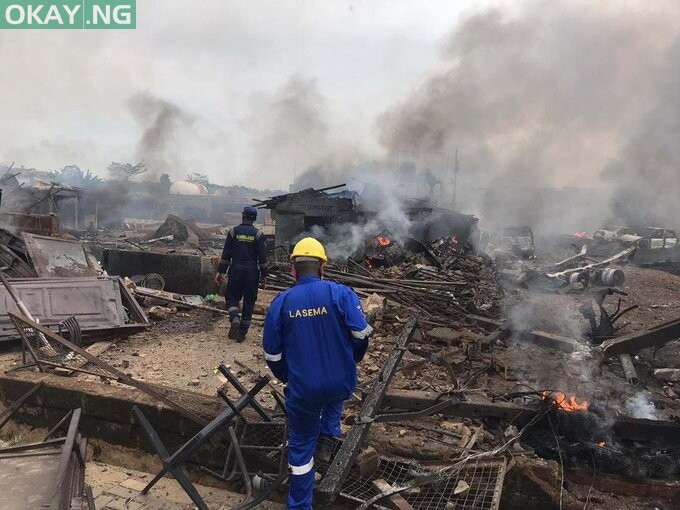 A gas explosion on Thursday occurred around Iju-Ishaga area of Lagos State.

Okay.ng gathered that the incident which happened as at 3 pm resulted to many persons sustaining burn injuries.

Nosa Okubor, public relations officer of LASEMA, in a statement issued on the incident said many vehicles were destroyed.

He said: “On arrival at the scene, it was observed that there was a gas explosion at Balogun bus stop not far from Grail land,” he said.

“Further investigation revealed that an unknown truck conveying Gasoline had a lone accident and exploded.

“The impact of the explosion led to fire at adjoining buildings and several vehicles were burnt.

“Several persons were injured and have been taken to the nearest hospital for treatment.”