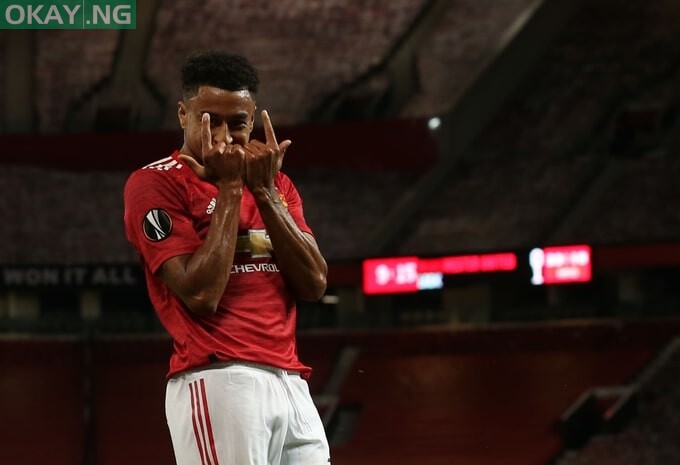 Manchester United edged LASK 2-1 on Wednesday in rescheduled ties due to the coronavirus pandemic to clinch places in the quarter-finals of the Europa League.

United had a 5-0 lead from their first leg played in March and will face Copenhagen who enjoyed a 3-0 victory on the night over Istanbul Basaksehir.

Andres Andrade hit the crossbar with a powerful header after 10 minutes at an almost empty Old Trafford before Peter Michorl fired wide just after the quarter of an hour mark.

The Linz-based outfit had to wait until the second half to break the deadlock as defender Philipp Wiesinger rifled into the top corner from outside the box after 55 minutes.

Their celebrations were shortlived as Jesse Lingard equalised on the counter attack for United three minutes later.

Anthony Martial claimed the match-winner with two minutes to go despite LASK goalkpeer Alexander Schlager getting a foot to the France striker’s shot.

Elsewhere, 2009 champions Shakhtar Donetsk booked a last-eight spot against Basel or Eintracht Frankfurt after three goals within the closing four minutes clinched a 3-0 win over Wolfsburg.