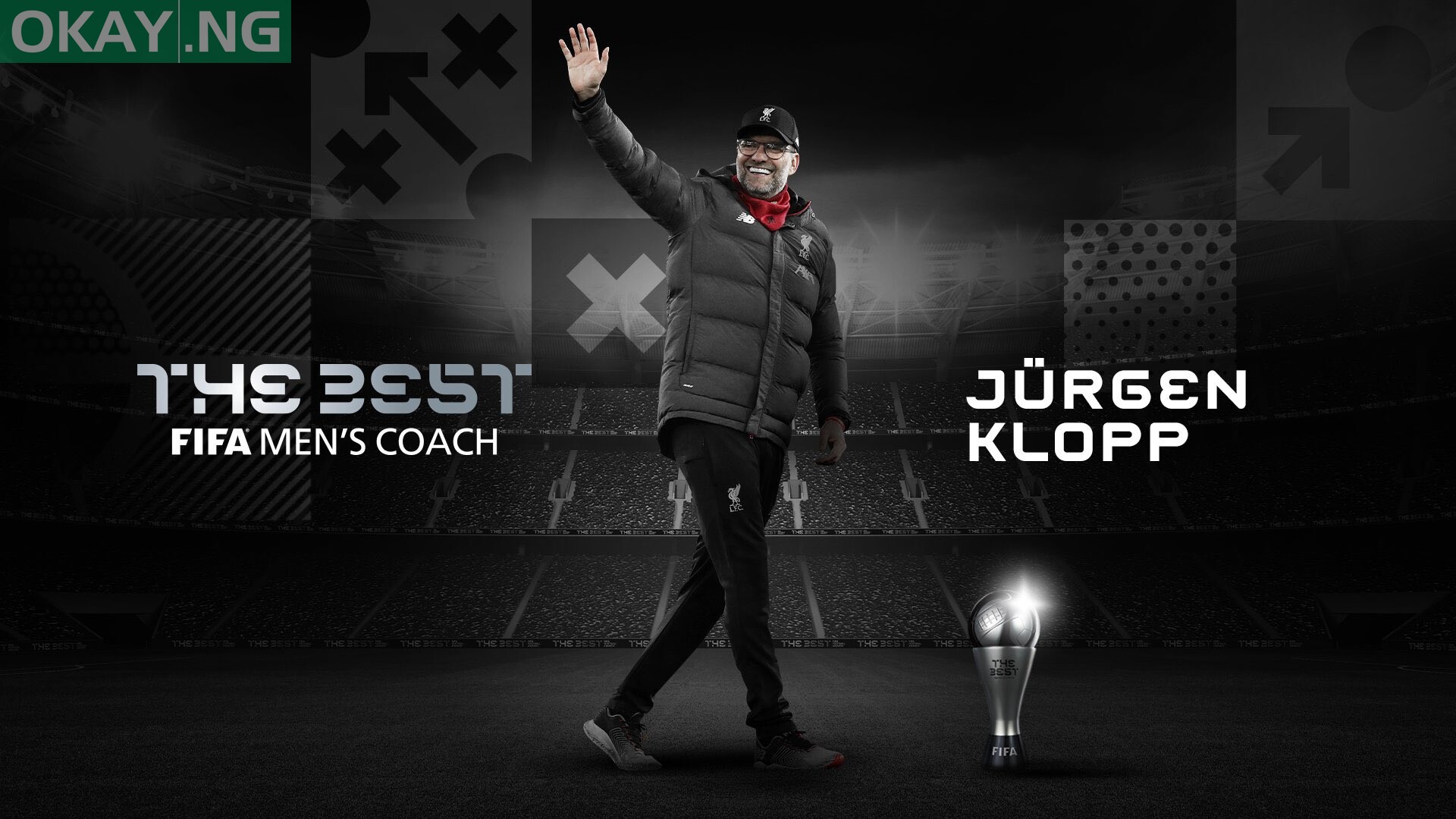 Liverpool’s coach, Jurgen Klopp, has been crowned as the best male coach in football at the 2020 FIFA Awards.

Klopp, who won the award in 2019, beat Leeds gaffer Marcelo Bielsa and Bayern Munich boss Hans-Dieter Flick to the 2020 version.

“As someone who is becoming accustomed to making history, Jurgen Klopp shouldn’t be surprised at becoming the first man to win The Best FIFA Men’s Coach Award in successive years,” FIFA said.

“Having picked up the prize in 2019 after leading Liverpool to the European title, he retains the crown thanks to a remarkable, record-breaking domestic campaign.

“The Reds won the English Premier League with a club-record 99 points – the second-most in the competition’s history – and did so playing a bold and exciting brand of football. More importantly, they ended the club’s 30-year wait for a top-flight title, offering yet more evidence – were any still needed – of their German coach’s managerial talents.”