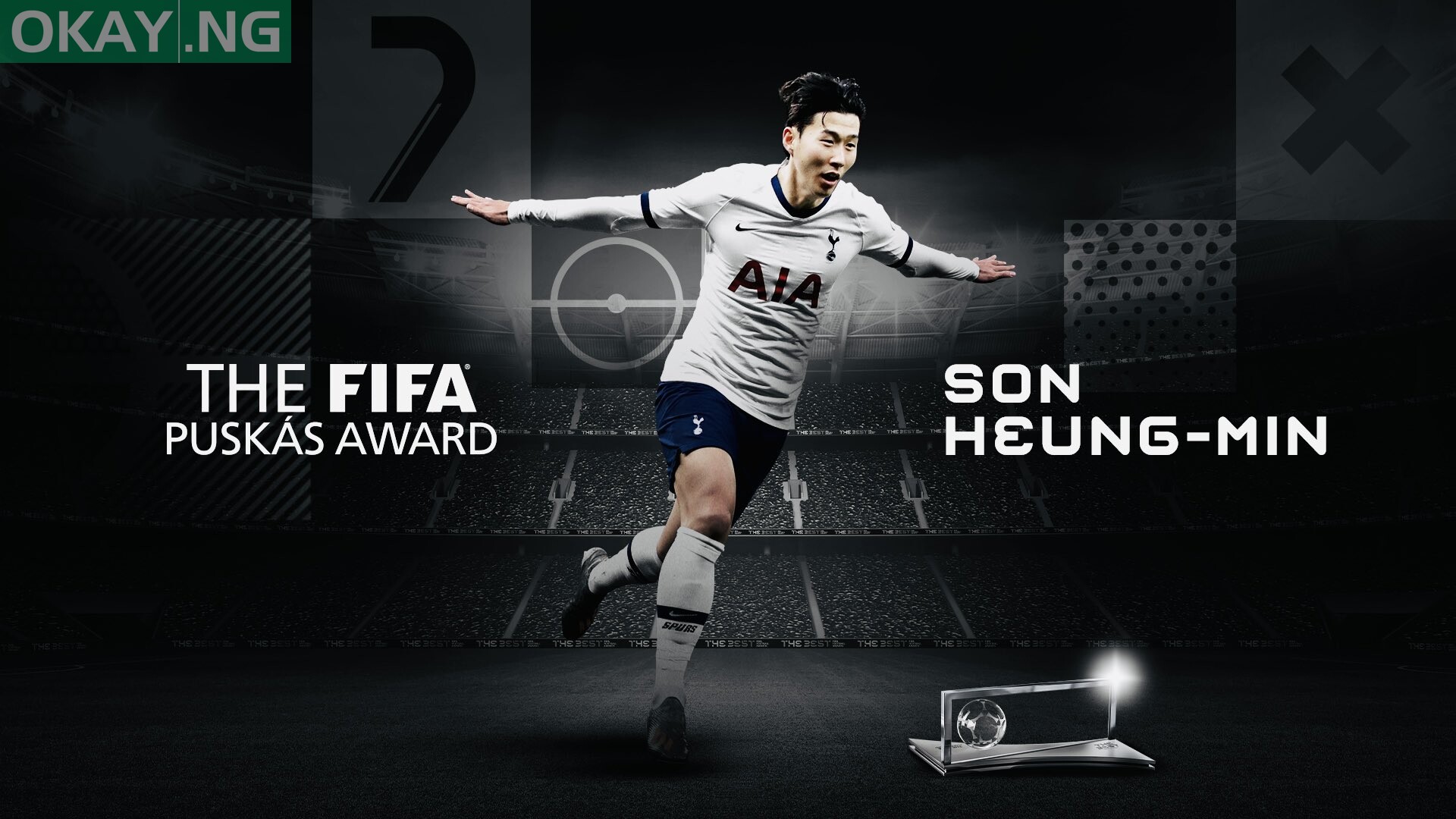 The award, established in 2009, is given to the player who scores the “most aesthetically significant, or ‘most beautiful’, goal of the calendar year.”

Son won the award for his goal against Burnley in the English premier league.

“Twelve thrilling seconds were all it took for Son Heungmin to take the ball from his own 18-yard box and find the net at the other end,” FIFA said.

“The goal showcased everything that has led Tottenham Hotspur fans to fall in love with their Korea Republic star, with pace, power, persistence and clinical finishing all on show.

“Gary Lineker, himself a former Spurs favourite, described it as ‘one of the greatest individual goals you’re ever likely to see’, and the public agreed, voting in huge numbers to crown this superb solo strike as the year’s best.”