Governor of Plateau State, Simon Lalong has reacted to the ruling of the Court of Appeal that dismissed the appeal filed by the People Democratic Party (PDP) and its candidate Jeremiah Useni challenging his election.

Lalong, in his reaction, while speaking to state house correspondents on Friday, advised Useni to leave political scene in the state for the younger generation.

The governor revealed that he and Useni’s daughter were classmates in school and that he considers the retired General as a father, saying that it was unfortunate that he had to fight a political battle with such a person.

“His daughter was my classmate, we went to school together and so why should we be fighting? Fighting him is like fighting a father, it’s unfortunate but for me, I say my focus is Plateau State.

“We have done that in the first election, he was defeated, he said no, they will go back for a re-run, I said let’s go back for rerun. We went back for rerun I defeated him, he said no he was going for the tribunal. We went to the first tribunal, he said he is a General he doesn’t fight and retire, he will go to the Supreme Court.

“That I think is to make me lose focus but I have not lost any focus in Plateau State. As he is moving, I am becoming more determined. The governor of Edo was telling me today (Friday) that he left Plateau last year but when he went to Plateau a week ago, it was a different Plateau and I told him after Christmas if you come, you will see a different Plateau.”

In addition, Lalong said, “As far as I am concern, the main election was more important for me. I did the election, I did a run off, we went to the tribunal the first time, we went again for the second time.

“Well, I don’t know whether he is going for the third time. One thing I am very sure and with the confidence I have in Plateau people I know that this victory they are very happy about it. They have prayed about it and the victory is very sweet.

“You know when you get things this way and people are very happy. I am serving people and each time I look at them, I pity them if there is any change in Plateau State with what have done so far, restoring peace in Plateau State, bringing development to the people of Plateau state and overnight, to say that something can change it, it will be very very unfortunate. But I thank God for the judgment and also the confidence we have in the judiciary.”

The Independent National Electoral Commission (INEC) had in the March 9 2019 elections declared Lalong of the All Progressives Congress (APC) as winner ahead of PDP’s Useni. 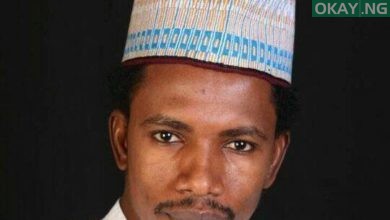 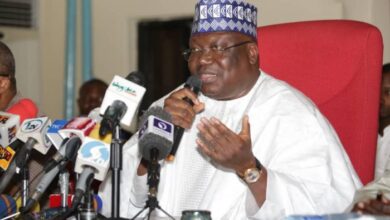 Vote us out in 2023 if you are not happy with our performance, Lawan tells Nigerians 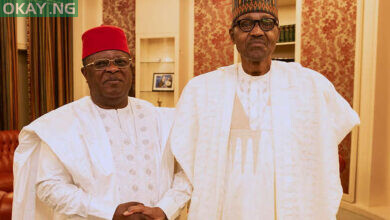 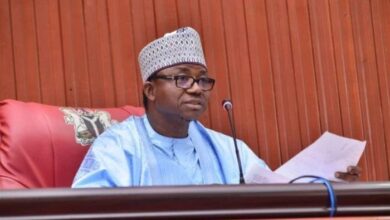 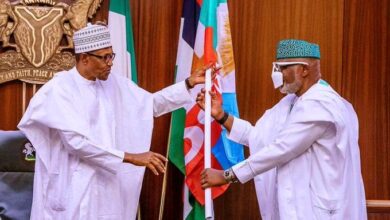 Buhari congratulates Akeredolu on his re-election as Ondo governor