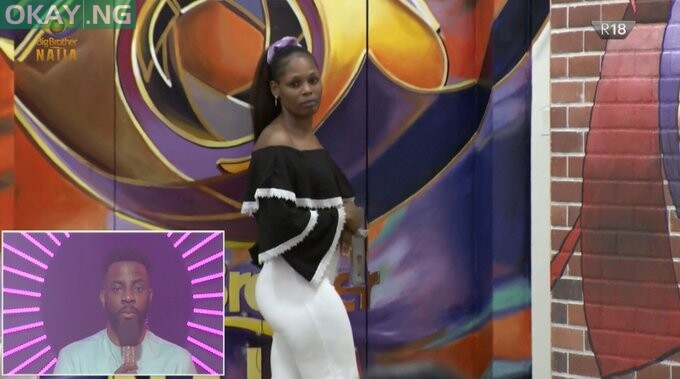 Kaisha, whose full name is Aisha Umaru, has been evicted from the Big Brother Naija lockdown house.

The 25-year-old is the fifth Housemate to leave the fifth Season of #BBNaija.

Other housemates that had the least number of votes were Wathoni, Neo and Trikytee.