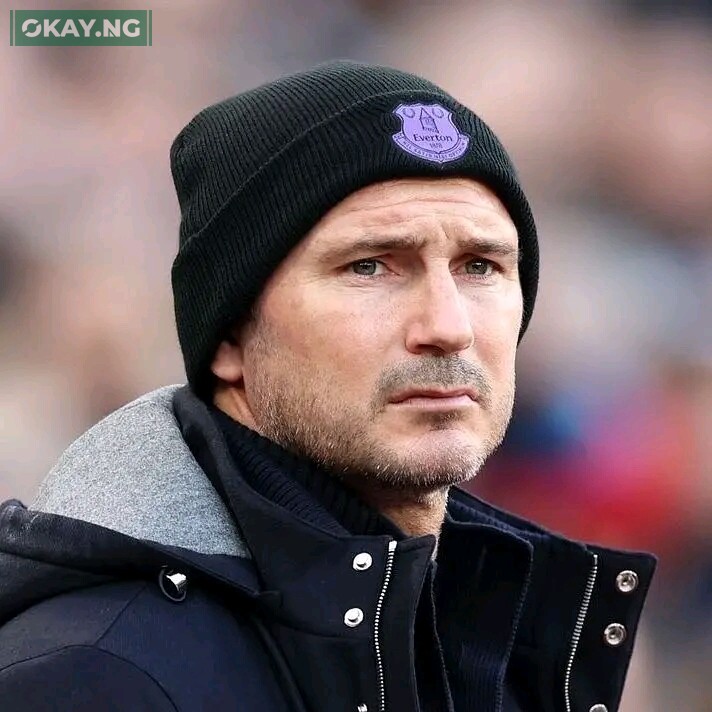 Frank Lampard has been sacked as Everton manager with the club languishing in 19th place in the Premier League and having lost eight of their last nine games in all competitions.

The result leaves Everton two points adrift of safety and with just 15 points from 20 league games this season.

While the club search for a new manager, club legend Leighton Baines, who is in charge of the Under 18s, and Under 21 head coach Paul Tait are in line to oversee the day-to-day matters.

Ahead of the West Ham defeat Lampard had called his players together to show some balls with a week of hard graft leading up to the relegation clash.

However, his battle cry appeared to fall on deaf ears as the Toffees hardly put up a fight in the defeat.

The match saw Lampard meet Everton supporters before the game, and many believed the former Derby and Chelsea boss was already looking weary.

Since the World Cup, the Toffees have picked up just one point from five league games – a draw against Manchester City – while they have also crashed out of the FA Cup to Manchester United.

Their poor form on the pitch has also been marred by off-pitch protests by fans towards the club’s deeply unpopular board, with players such as Yerry Mina and Anthony Gordon also confronted by angry supporters after the defeat by Southampton earlier this month.

Lampard leaves Goodison Park having won just 12 of his 44 games in charge of the club, with 23 losses in that time – leaving him with a win percentage of 27 per cent.

The 44-year-old arrived at the club at the end of January 2021 having been out of work for more than a year following his departure from Chelsea.