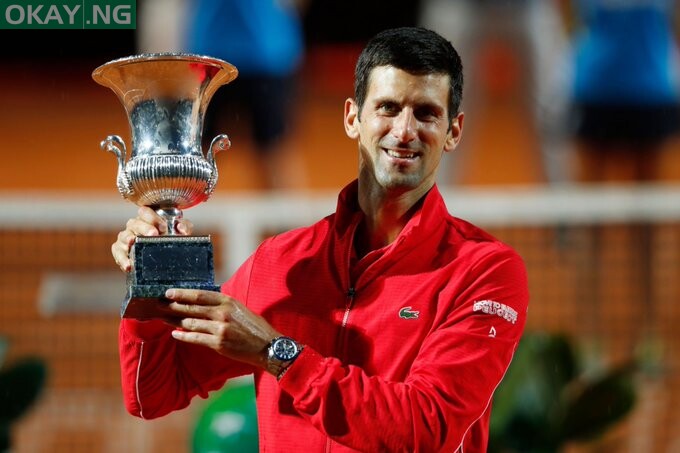 The world number one won 7-5, 6-3 to break a tie with Spanish rival Rafael Nadal for most Masters titles.

For Djokovic, it was a fifth title in the warm-up clay-court tournament for next week’s French Open.