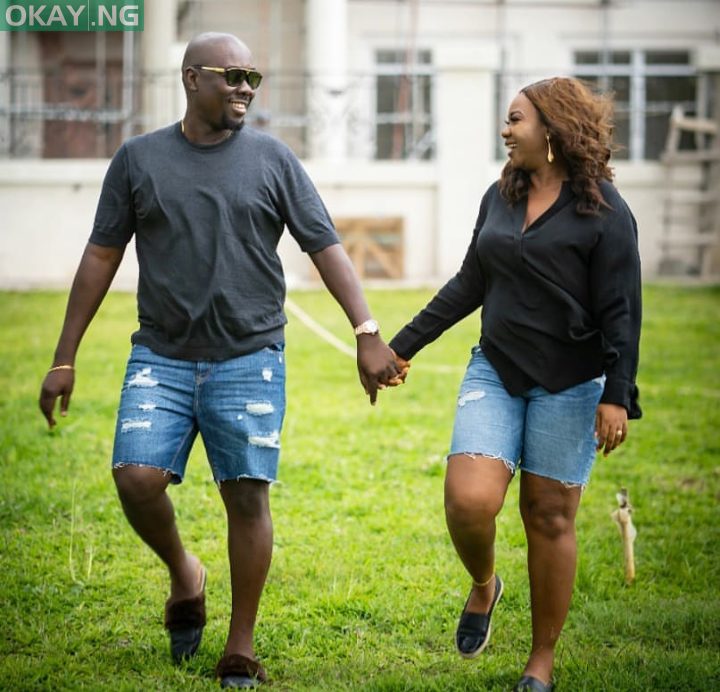 Billionaire businessman, Obi Iyiegbu, popularly known as Obi Cubana, says he started dating his wife, Ebele Iyiegbu, when he was living in a room apartment together with his friends in Abuja.

The 46-year-old business tycoon made this disclosure in a recent interview on Instagram.

According to him, he married Ebele while he was living in a three-bedroom apartment in Garki, a district in Abuja, the federal capital territory.

“There was no bed, the foam was on the floor. I’ll keep saying it, I met my wife when I was living in one room at a boys quarters in zone 4, Wuse, Abuja. So, it wasn’t about the money but we’re happy.

“I married her when I was living in a three-bedroom flat in Gariki. We had our two children there and lived happily. We dated for about three years before we married.

“That is what happens when you have a woman that is after keeping a home as peaceful as possible because peace brings about prosperity.”

Speaking further Cubana revealed that money does not keep a marriage, he said: “Money does not keep marriage although it makes things easier in marriage. In fact, the richer you’re, the higher tendency for you to get a divorce. Women love attention, my wife, for instance, loves attention.”