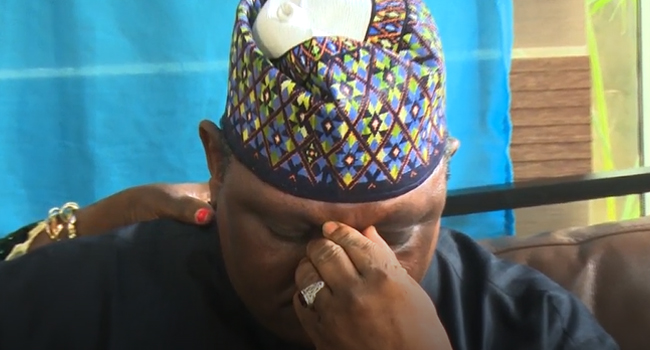 Hamza Al-Mustapha, Presidential candidate of the Action Alliance (AA), and former Chief Security Officer (CSO) to late military Head of State, General Sani Abacha, broke down in tears on Saturday when he received a coalition of northern Christian women at his residence in Abuja.

“These are ingredients that killed Nigeria yesterday that they are also using to kill Nigeria tomorrow. We can’t accept that. I am seated next to you; you are my sister. Amongst you are mothers. We would die protecting you.”

Al-Mustapha also accused some unnamed persons of trying to destroy the country.

“We as a country have been taken for a ride. God Almighty exposed some of us, almost as teenagers, I was 19 years old when I began to know power play in Nigeria,” Al-Mustapha added. “They are only interested in destroying us the more and people don’t understand.”

He thanked the delegation for the visit and for having confidence in him.

The delegation’s visit was to assure the host of their support in the forthcoming general elections, owing to their belief that he has the capacity to address the insecurity in the north.