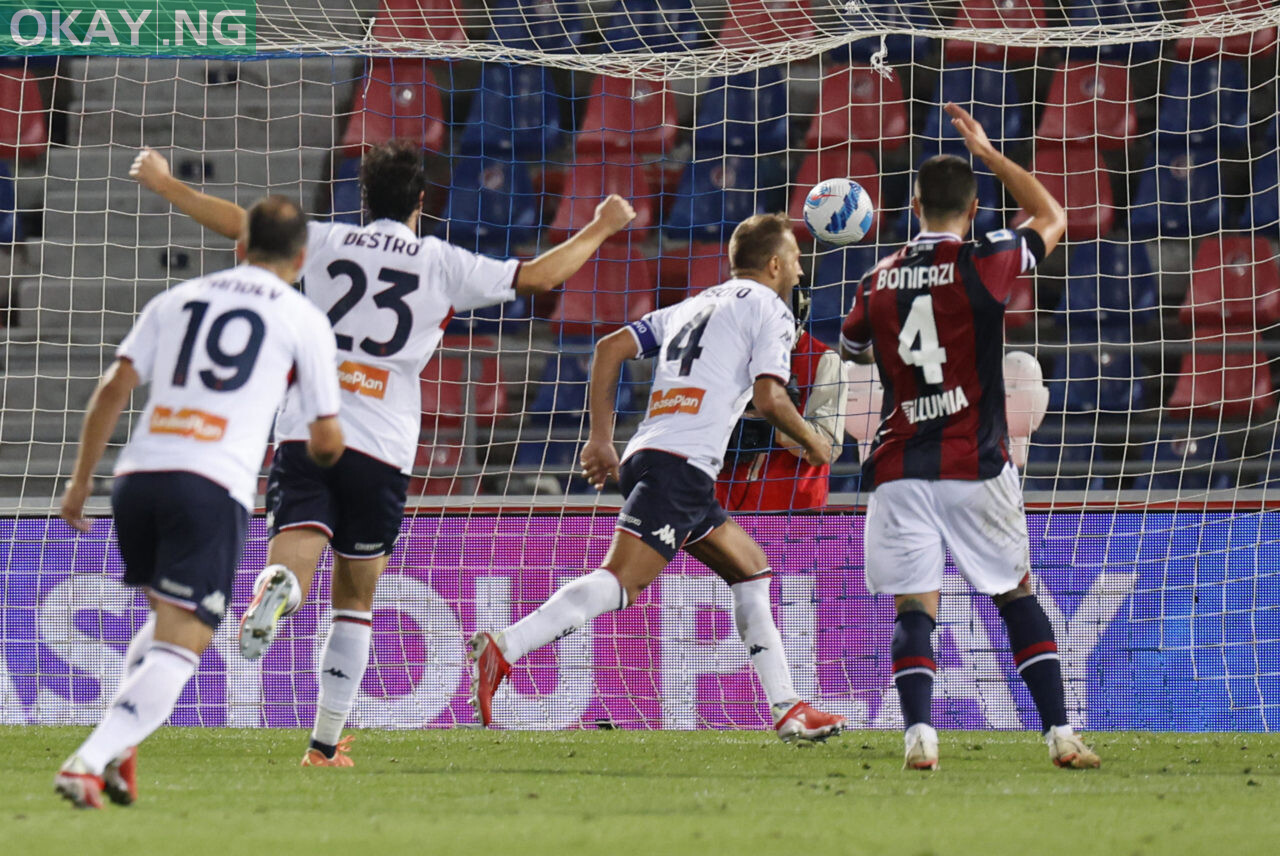 Genoa escaped Bologna with a 2-2 draw thanks to a late Domenico Criscito penalty which came almost straight after the hosts thought they had won the Serie A clash with a spot-kick of their own.

Criscito slotted home the leveller in the 89th minute after Kevin Bonifazi was penalised for knocking over Yayah Kallon when it looked as though he himself had been pushed.

Bologna coach Sinisa Mihajlovic was sent off amid fierce protests from the home side, who were trying to bounce back from a 6-1 demolition at the hands of Inter Milan at the weekend.

He had thought his team were destined to win after Marko Arnautovic’s penalty five minutes from the end, which came after Aaron Hickey’s drilled opener for the hosts early in the second half and Genoa forward Mattia Destro’s equaliser in the 55th minute.

Bologna were unlucky not to go ahead again in the sixth minute of stoppage time when Andreas Skov Olsen headed onto the bar and Salvatore Sirigu then pulled off a wonder save to deny Roberto Soriano on the rebound.

The draw moved Bologna up to sixth in Italy’s top flight on eight points from five games in the first match of the midweek round of fixtures.