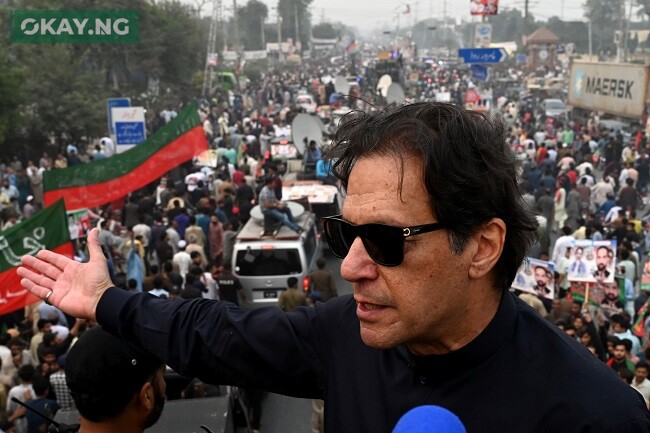 In this photograph taken on November 1, 2022, Pakistan's former prime minister Imran Khan speaks while taking part in an anti-government march in Gujranwala. - Khan was shot in the foot at a political rally on November 3, 2022 but he is in a stable condition, an aide said. (Photo by Arif ALI / AFP)
SHARE

Former Pakistan Prime Minister Imran Khan was shot in the foot Thursday at a political rally but is in a stable condition, a senior aide said.

Khan was wounded when shots were fired from the crowd near the city of Gujranwala, his senior aide, Raoof Hasan, told AFP.

“This was an attempt to kill him, to assassinate him,” Hasan said, adding that one alleged attacker had been shot dead and a second taken into police custody.

Khan has been leading a march since last Friday from the city of Lahore towards the capital Islamabad, campaigning for fresh elections after he was ousted from office this spring.

Each day during his so-called “long march” 70-year-old Khan has mounted a shipping container towed by a lorry, making speeches from the open top to crowds of thousands in cities and towns along the way.