The President of Dangote Group, Aliko Dangote, has again for the ninth time topped the list of Forbes Africa’s Billionaires for the year 2020.

In the latest ranking released on Tuesday, Dangote with investments in cement, oil and gas, flour and sugar was ranked first with an estimated worth of $10.3 billion.

With 54 countries in Africa, Forbes only captured eight who have billionaires; Egypt and South Africa are tied with five billionaires each, followed by Nigeria with four and Morocco with two.

Nassef Sawiris of Egypt is the new number two richest, worth $8 billion, up from $6.3 billion last year. Sawiris’ most valuable asset is a stake in shoemaker Adidas worth a recent $4 billion. The increase in Adidas’ share price alone added nearly $1.5 billion to his fortune since January 2019. He also owns a significant stake in fertilizer producer OCI N.V. In 2019, Sawiris and U.S. investor Wes Edens purchased the remaining stake they didn’t own in U.K. Premier League team Aston Villa Football Club.

One member of this elite group was worth 50% less than a year ago. Due primarily to the introduction of a new (weaker) currency in Zimbabwe, Strive Masiyiwa’s fortune fell to $1.1 billion from $2.3 billion in January 2019. Zimbabwe, which has battled with hyperinflation, had been using the U.S. dollar as its currency, but in 2019 it switched to its own currency, initially called the RTGS. When converted into U.S. dollars, the values of Masiyiwa’s stakes in Zimbabwe-listed mobile phone network Econet Wireless Zimbabwe and Cassava Smartech fell dramatically in dollar terms.

Just two of the 20 billionaires are women: Isabel dos Santos, the eldest daughter of Angola’s former president, Jose Eduardo dos Santos; and Folorunsho Alakija of Nigeria. Dos Santos’ fortune has declined to an estimated $2.2 billion, down $100 million from a year ago.

Country rankings are unchanged from a year ago: Egypt and South Africa are tied with five billionaires each, followed by Nigeria with four and Morocco with two. Forbes found one billionaire each from Algeria, Angola, Tanzania and Zimbabwe. That’s the same as last year but a better representation than nine years ago, when only four African nations were home to ten-figure fortunes.

Dangote, Africa’s wealthiest man, founded and chairs Dangote Cement, the continent’s largest cement producer. He owns nearly 85% of publicly-traded Dangote Cement through a holding company. Dangote Cement produces 45.6 million metric tonnes annually and has operations in 10 countries across Africa. Dangote also owns stakes in publicly-traded salt, sugar and flour manufacturing companies. Dangote Refinery has been under construction for three years and is expected to be one of the world’s largest oil refineries once complete.

Sharing the third position with Mike Adenuga with $7.7billion worth is a South African, Nicky Oppenheimer. Heir to his family’s fortune, Oppenheimer sold his 40% stake in diamond firm DeBeers to mining group Anglo American for $5.1 billion in cash in 2012.

He was the third generation of his family to run DeBeers, and took the company private in 2001. For 85 years until 2012, the Oppenheimer family occupied a controlling spot in the world’s diamond trade. In 2014, Oppenheimer started Fireblade Aviation in Johannesburg, which operates chartered flights with its fleet of three planes and two helicopters. He owns at least 720 square miles of conservation land across South Africa, Botswana and Zimbabwe.

Johann Rupert is the fifth richest African. He is the chairman of Swiss luxury goods firm Compagnie Financiere Richemont. The company is best known for the brands Cartier and Montblanc. It was formed in 1998 through a spinoff of assets owned by Rembrandt Group Limited (now Remgro Limited), which his father Anton formed in the 1940s. He owns a 7% stake in diversified investment firm Remgro, which he chairs, as well as 25% of Reinet, an investment holding co. based in Luxembourg. In recent years, Rupert has been a vocal opponent of plans to allow fracking in the Karoo, a region of South Africa where he owns land. Rupert says his biggest regret was not buying half of Gucci when he had the opportunity to do so for just $175 million.

Nigeria’s Abdulsamad Rabiu is in number eight position among the top 20 African billionaires. Rabiu is the founder of BUA Group, a Nigerian conglomerate active in cement production, sugar refining and real estate. In early January 2020, Rabiu merged his privately-owned Obu Cement Company with listed firm Cement Company of Northern Nigeria, which he controlled. The combined firm, called BUA Cement Plc, trades on the Nigerian stock exchange; Rabiu owns 98.5% of it.

Isabel dos Santos is one of the two women in the top 20 African billionaires coming in 13th position with a net worth of $2.2 billion. Aged 46, Dos Santos is the oldest daughter of Angola’s longtime former president, Jose Eduardo dos Santos, who stepped down in 2017.

In the 19th position is Strive Masiyiwa with a net worth of $1.1billion. Masiyiwa, 58, overcame protracted government opposition to launch mobile phone network Econet Wireless Zimbabwe in his country of birth in 1998. He owns just over 50% of the publicly-traded Econet Wireless Zimbabwe, which is one part of his larger Econet Group. Masiyiwa also owns just over half of private company Liquid Telecom, which provides fiber optic and satellite services to telecom firms across Africa. His other assets include stakes in mobile phone networks in Burundi and Lesotho, and investments in fintech and power distribution firms in Africa.

Closing the 20 top African billionaire bracket is Nigeria’s Folorunso Alakija with a net worth of $1billion. Aged 69, Alakija is vice chair of Famfa Oil, a Nigerian oil exploration company with a stake in Agbami Oilfield, a prolific offshore asset. Famfa Oil’s partners include Chevron and Petrobras. Alakija’s first company was a fashion label whose customers included the wife of former Nigerian president Ibrahim Babangida. The Nigerian government awarded Alakija’s company an oil prospecting licence in 1993, which was later converted to an oil mining lease. The Agbami field has been operating since 2008; Famfa Oil says it will likely operate through 2024. 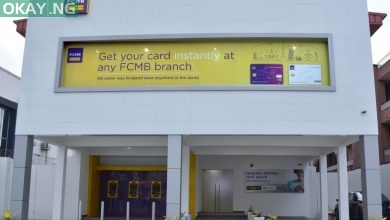 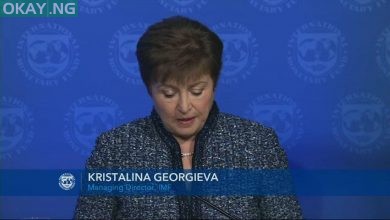