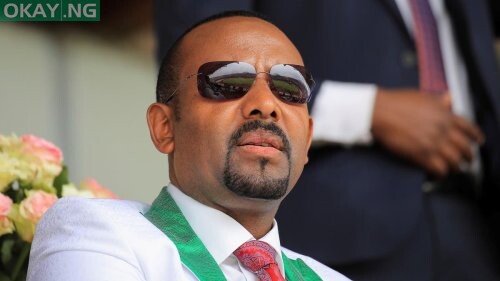 Ethiopian Prime Minister Abiy Ahmed was sworn in Monday for a new five-year term as his government faces a host of challenges including a months-long conflict in the northern region of Tigray.

Abiy, who won a landslide election victory in June, took the oath of office administered by Supreme Court Chief Justice Meaza Ashenafi, following similar oaths by the speaker and deputy speaker of the parliament’s lower house.

“I, Abiy Ahmed Ali, today in the House of People’s Representatives, accept the appointment as prime minister, as I pledge to undertake responsibly and with faith to the constitution the responsibility placed upon me by the people,” he said while being sworn in by Supreme Court Chief Justice Meaza Ashenafi.

Nigeria’s President Muhammadu Buhari is one of the foreign dignitaries attending the occasion.