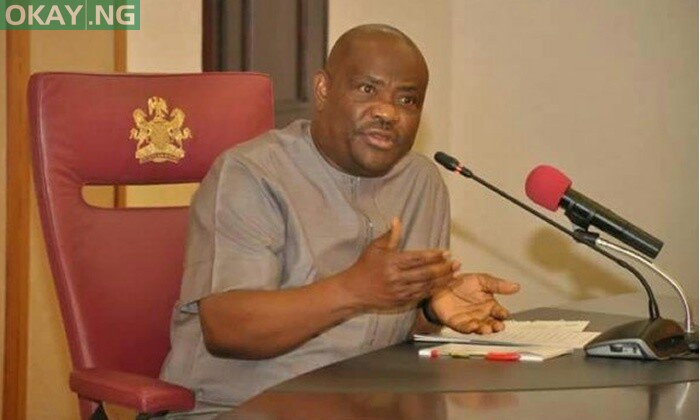 Governor Nyesom Wike of Rivers State has declared a 24-hour curfew in some selected areas in the state.

The governor made the announcement in a state-wide broadcast on Wednesday.

In his message to the people of Rivers, Wike commended the protesters but added that “the protest has been hijacked by hoodlums to unleash carnage and destroy property.”

Wike said there have been attacks on police stations and court buildings in Oyigbo local government area of the state, as well as market areas in some other LGAs.

The governor said the unrest led to a meeting of the state’s security council which agreed to impose of curfew in parts of the state.

“As a government, we cannot watch helplessly and allow trouble-makers to take the laws into their hands and use the current situation to create a state of panic and insecurity,” he said.

“Consequently, the state’s security council met today and decided to take the following measures to secure lives and property in the State:

“A 24-hour curfew has also been imposed on Oil mill area in Obio/Akpor Local Government Area;

“Security agencies are directed to enforce the curfew with effect from 6.30 p.m. today 21st October 2020.

“Local government chairmen are directed to mobilize vigilantes and work with security agencies to ensure that no hoodlum is allowed to disturb the peace or destroy lives and property in their local government areas.”