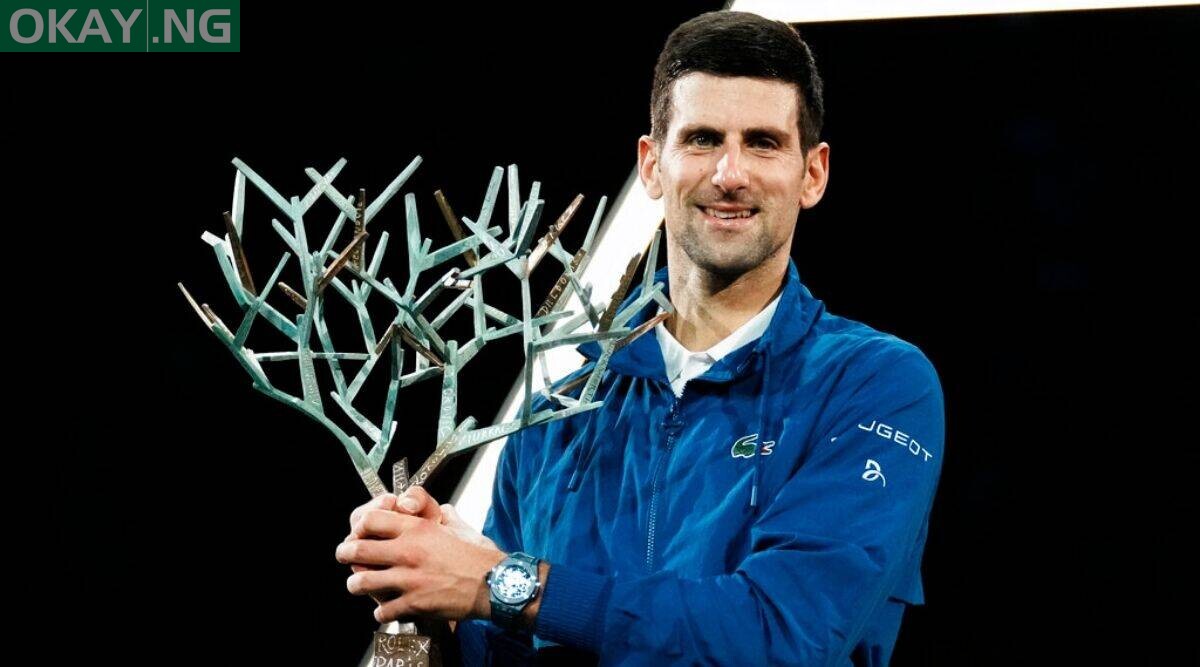 The 34-year-old Serbian gained a measure of revenge over his Russian opponent who dashed his dreams of a Grand Slam sweep  in the US Open final in September.

The Masters title secured Djokovic’s second record in as many days after he was confirmed as season-ending world number one for a seventh time.

The 20-time Grand Slam winner said he approached the final in a relaxed frame of mind after wrapping up the world number one landmark.

Djokovic had not been too concerned when he went a set down against a man he considers “the complete player” and who he expects to be world number one in the future.

“It was a very close match decided by small margins based on a few points here and there,” he said.

“I was very pleased how I held my nerves at the end and took the match point.

“I wanted to finish the end of season with a trophy and did not want to lock myself mentally and physically in stressful mode.

“I knew things would come together and I would work my way into the match.”

Djokovic said he had felt no hangover from the US Open defeat.

“I mean, I already closed that chapter,” he said.

“I am not regretting it or spending days suffering because I did not take the calendar slam this year.

“I have moved on from that and focussed on Masters event and came here and achieved what I wanted to do.”

Medvedev said Djokovic — who he calls his “friend” — was stronger on the crucial points.

“I don’t like losing, so I cannot say I am happy, I don’t even like losing at Play Station!” said Medvedev at his press conference.

“But I gave everything and maybe I could have done a winner here or there or served one or two more aces.

“When you lose a match you always have the feelings that you can do a bit better. Trouble was Novak won the crucial points and apart form the first set I did not.

“However, I take consolation in having given everything against the best player in the world of all time. It was a good battle.”

– ‘Serbian spectator’ -In an entertaining contest, befitting a duel between the top two in the world, Djokovic again had to come back from a set down after needing three sets to beat Hubert Hurkacz in the semi-finals.

It was only the second time the top two in the ATP rankings had clashed in the Paris final.

Sunday’s crowd got better value than French fans on the previous occasion in 1990 when Boris Becker retired injured at 3-3 in the first set against then number one Stefan Edberg.

The pivotal game on Sunday came as Djokovic served to level the match, saving two break points before securing the second set on his third set point after 11 minutes.

Djokovic pressed home the advantage, breaking Medvedev twice in the deciding set to move to 5-2 with the Russian showing his frustration by firing a ball into the crowd and having words with the umpire as he sat down.

“Just before I hit the serve, so you cannot really stop the motion, somebody scream something,” Medvedev said.

“So, yeah, I got mad because crucial, crucial moment, 5-2 for him, double break, even if I manage to get the break back, we all know that against Novak it’s tough to actually come back from this score.” said Medvedev.

“I got mad because it was not nice, and it was done on purpose.

“It was done by Serbian spectator,” Medvedev said.

That appeared to briefly fire Medvedev up as he got a break back in the next game but his serve once again let him down and it was Djokovic who raised his arms in celebration.