The Defence Headquarters on Saturday night honoured the late Lt.-Col. Abuh Ali, who died while fighting Boko Haram terrorists in North East on November 4, 2016 for gallantry and professionalism.

The News Agency of Nigeria reports that the award of honour was received by Ali’s daughter, Fatima Abu-Ali, supported by his widow, Samira Abu-Ali, at the nation’s 61st Independence Anniversary Dinner organised by the Defence Headquarters in Abuja.

Abu-Ali is one of the 24 officers and soldiers comprising 12 officers and 12 soldiers who were honoured for gallantry and professionalism at the event.

The Chief of Defence Staff, Gen. Lucky Irabor, who eulogised the late officer, said that he represented gallantry, dedication and professionalism while commanding troops against terrorists in North East.

Irabor said that members of the armed forces felt the need to share the moment of joy and recognise some of its personnel who had distinguished themselves in battle fields.

He added that the event was also in the spirit of adherence to military regimentation and a clear demonstration of reinvigorated and joint operation being experienced in the armed forces of Nigeria.

“The memory and sacrifices of our colleagues who had paid the supreme sacrifice in the line of duty and to remember them that their sacrifices were not in vain and certainly will not be in vain.

“As we celebrate our Independence anniversary today, the armed forces of Nigeria is proud of its role and effort in the Nigerian project.

“Indeed, at no other time in our nation’s history have members of the armed forces been so engaged as it relates to addressing the current myriad of security challenges in our dear country that threaten the very foundation of our unity, security and wellbeing.

“Rising up to this challenge, the armed forces have made tremendous sacrifices in answering the clarion call.

“The armed forces of Nigeria remain resolute and undaunted in the face of these challenges and we shall be victorious,” he said.

Irabor commended the spouses of officers and men as well the husbands of some of the female officers and soldiers who had dedicated their lives to the service of the nation.

He reiterated the commitment of the armed forces to continue to defend the territorial integrity of Nigeria in line with its foreign policy objective.

“The CDS said the military would continue to support democratic governance in the country, as well as ensuring the attainment of a more secure and prosperous Nigeria,” he said. 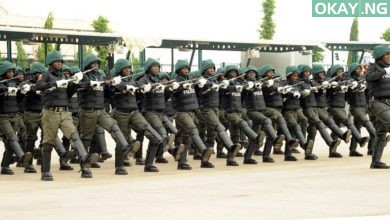