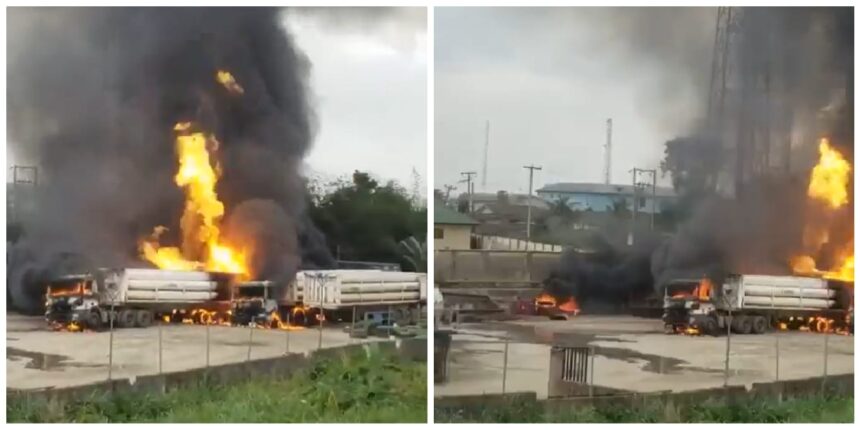 The cause of an explosion on Monday near the Redeemed Christian Church of God (RCCG) international headquarters along the Lagos-Ibadan expressway has been revealed.

The Lagos State Fire and Rescue Service Director, Adeseye Margaret, made this disclosure in a statement after the incident.

According to the statement, the explosion occurred at site of Sun Contractor Project Services Limited.

“The fire which was reported at 11:22 hours, Monday, was subdued from causing a secondary incident by the Alausa and Ilupeju fire crews, leaving four stationed gas trucks severely burnt,” the statement partly read.

“There was neither a case of injury nor death as damping down of the fire has been concluded. The cause of the fire is unknown at the time of this report as a preliminary investigation is ongoing and will be made public.”