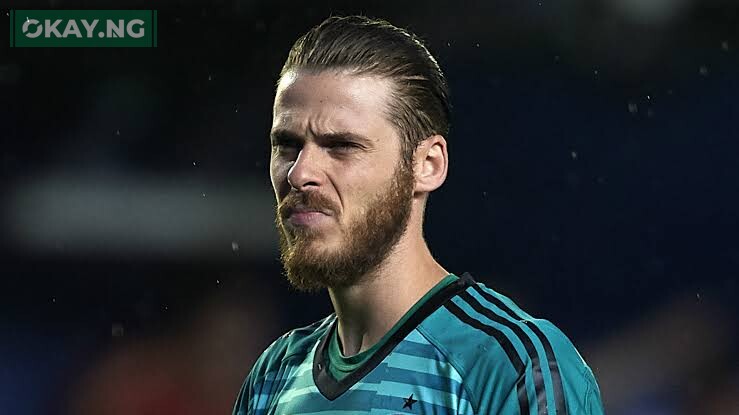 David de Gea has axed from Spain’s provisional 55-man squad for this winter’s World Cup, according to reports in Spain.

The 31-year-old, who has firmly stamped down his position as Manchester United’s first-choice goalkeeper this season with 16 appearances in all competitions, has struggled to get a game during Luis Enrique’s reign in charge.

Back in March, he was arguably the biggest omission from Spain’s 23-man squad that was announced to face Albania and Iceland.

“It is part of the tracing we do with the goalkeepers,” said Enrique while explaining his decision to bring in Raya. “He is a player who is doing very well. I really want to see it in the context of the selection. He has the necessary profile to play with us.”

It could be suggested that De Gea does not suit Enrique’s style of play. The Spaniard has, in the past, been criticised for his distribution and hesitancy in possession.

And it appears the ex-Atletico Madrid goalkeeper has been overlooked again, according to Spanish publication AS, who suggest Enrique has already submitted a 55-man squad to FIFA without De Gea.

In fact, the former Barcelona manager has named five goalkeepers in his provisional squad, with three of those plying their trade in the Premier League.

AS claim Brentford’s David Raya will get a seat on the plane alongside Athletic Bilbao’s Unai Simon and Brighton’s Robert Sanchez, who has played in every Premier League game this season.

The three names above are expected to fly to Qatar, while in-form Kepa Arrizabalaga from Chelsea and Getafe’s David Soria have been chosen as back-ups.

De Gea’s absence will not come as a shock to some. The 31-year-old hasn’t made a first-team start for Spain since 2020, when he played the full 90 minutes in their 1-0 defeat to Ukraine.

And during that Nations League game, he made a crucial mistake to hand Ukraine their winning goal.

Back in June, after De Gea was once again snubbed from their Nations League squad, Luis Enrique made his boldest statement to date on Spain’s goalkeeper situation.

After praising Athletic Bilbao’s Unai Simon and his aerial play following the inclusion of David Raya and Robert Sanchez, he said: “I need a goalkeeper that transmits peace and calmness to me. That doesn’t mean they won’t make mistakes, errors are part of football. What they generate I like a lot.”