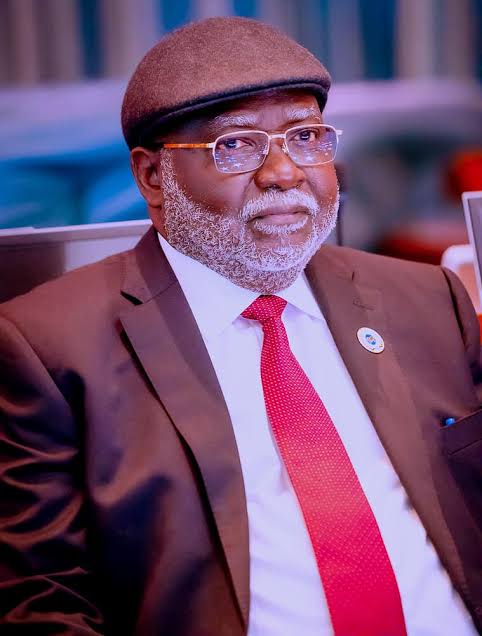 The Chief Justice of Nigeria (CJN), Justice Olukayode Ariwoola has faulted reports insinuating that he was upbeat about the relationship between the governors of Rivers and Oyo states, Nyesom Wike and Seyi Makinde as it relates to the crisis in the Peoples Democratic Party (PDP).

In a statement yesterday, the Supreme Court Director of Press and Information, Dr. Festus Akande, said Justice Ariwoola, a judicial officer, is apolitical and could not have spoken in the manner he was portrayed as expressing delight that Makinde belongs to the PDP G5 (Integrity Group) as Wike.

“We wish to state unequivocally clear that the CJN, Hon. Justice Olukayode Ariwoola, GCON had never at any point said such during his brief remarks at the state banquet organised as part of the events lined up for the commissioning of the two Judiciary projects undertaken by the Rivers State government. We can’t really pinpoint where such barefaced falsehood is coming from; and certainly, we don’t also know at what point the CJN said he was happy that Governor Seyi Makinde of Oyo State was a member of the now christened ‘Integrity Group’ or ‘G-5 Governors.’

“Even at the state banquet, organised as part of the events, the CJN made it clear in his brief remarks, that he (CJN) was not in Port Harcourt for the state banquet, but simply to commission the two projects as a mark of honour for the Judiciary and Hon. Justice Mary Peter-Odili, CFR, JSC, rtd and later go back to Abuja thereafter. Similarly, he said he was very surprised to see the ‘G-5 Governors’ (Integrity Group Governors). His surprise, particularly stemmed from the fact that he saw his own state governor, Engineer Seyi Makinde (who incidentally is a member of the G-5 Governors at the Port Harcourt occasion.

“Let it be noted that anything said, assumed, presumed, reported or placed in the public domain outside the above facts, is simply a mere figment of the imagination of such authors and don’t in anyway represent what the CJN said in Port Harcourt, as we are not ready to join issues with such purveyors of misinformation.”