President Muhammadu Buhari on Monday met with the former Minister of Finance and Coordinating Minister for the Economy, Dr Ngozi Okonjo-Iweala, at the Presidential Villa, Abuja.

Buhari speaking during to meeting assured Okonjo-Iweala, who is contesting for the position of Director-General of the World Trade Organization, WTO, promised to contact world leaders for their support for her victory. 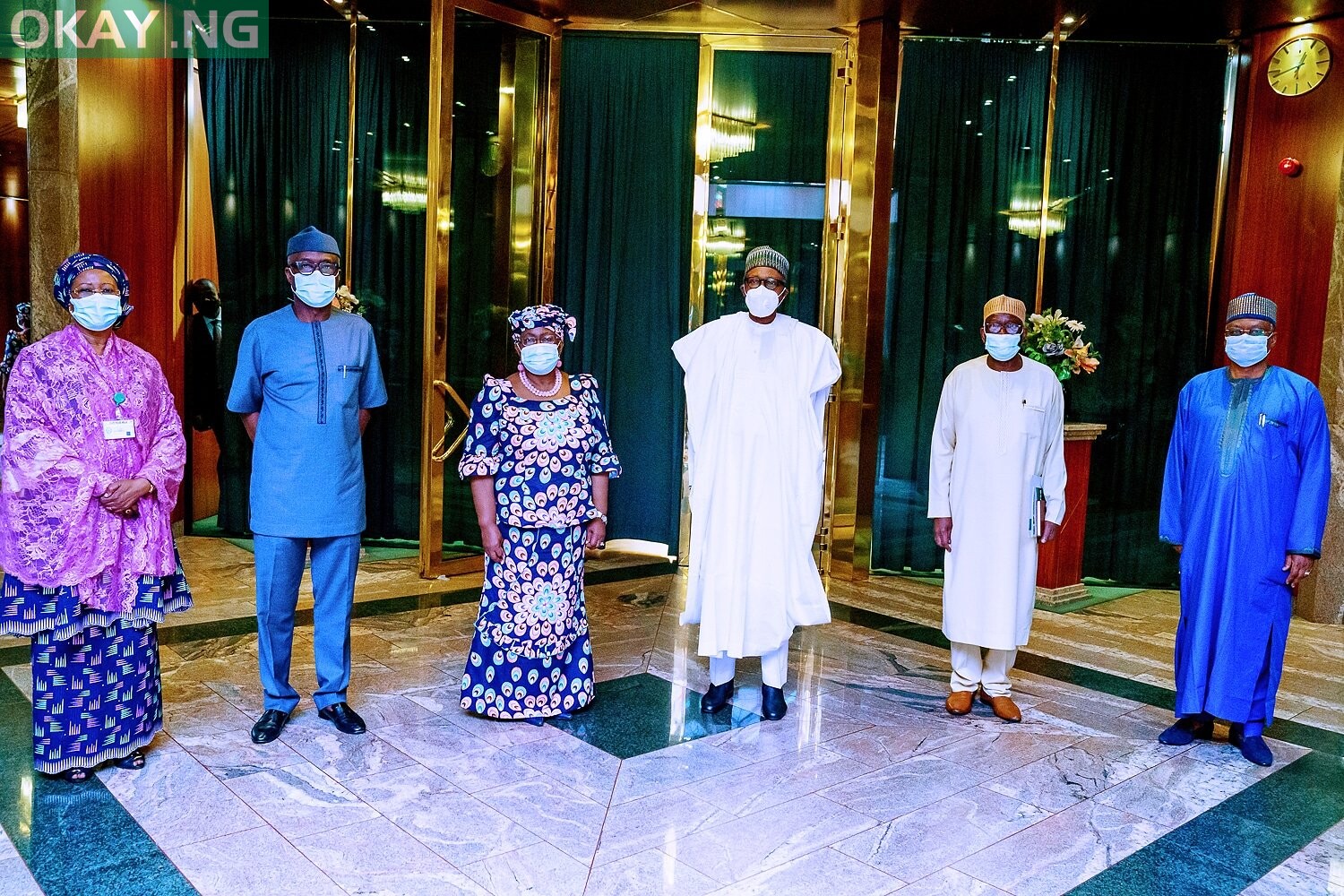 Okonjo-Iweala is one of the two candidates finally shortlisted to contest for the position of Director General of the World Trade Organization, WTO which is expected to take place very soon. 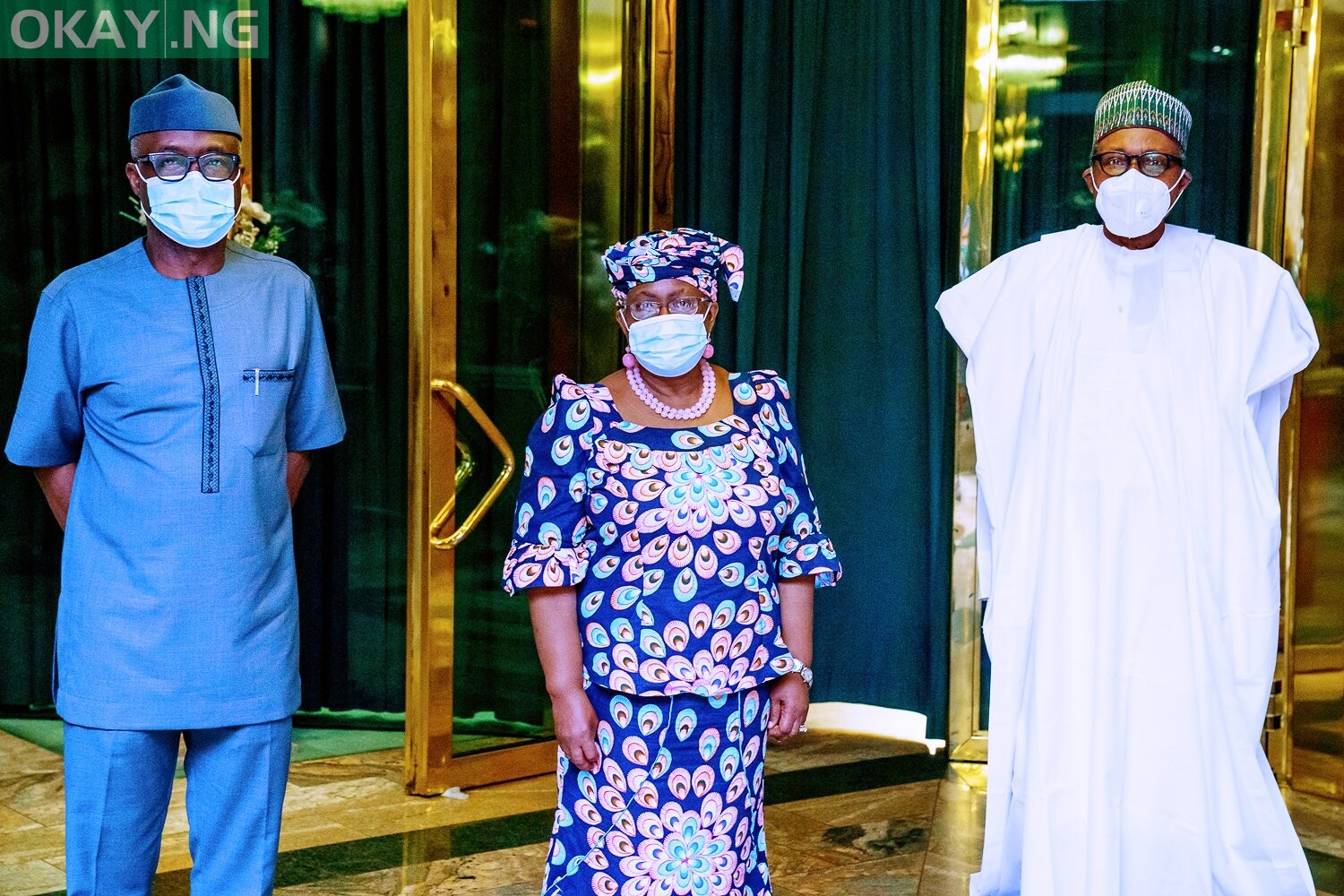 She was a former Managing Director (Operations) of the World Bank and Nigeria’s Minister of Finance and Coordinating Minister of the Economy during the administration of former President Goodluck Jonathan.

In a statement issued by the Senior Special Assistant to the President on Media and Publicity, Mallam Garba Shehu, President Buhari said Dr Okonjo-Iweala deserved more support to get the top job because of her profile and diligence in serving the country, and the world. 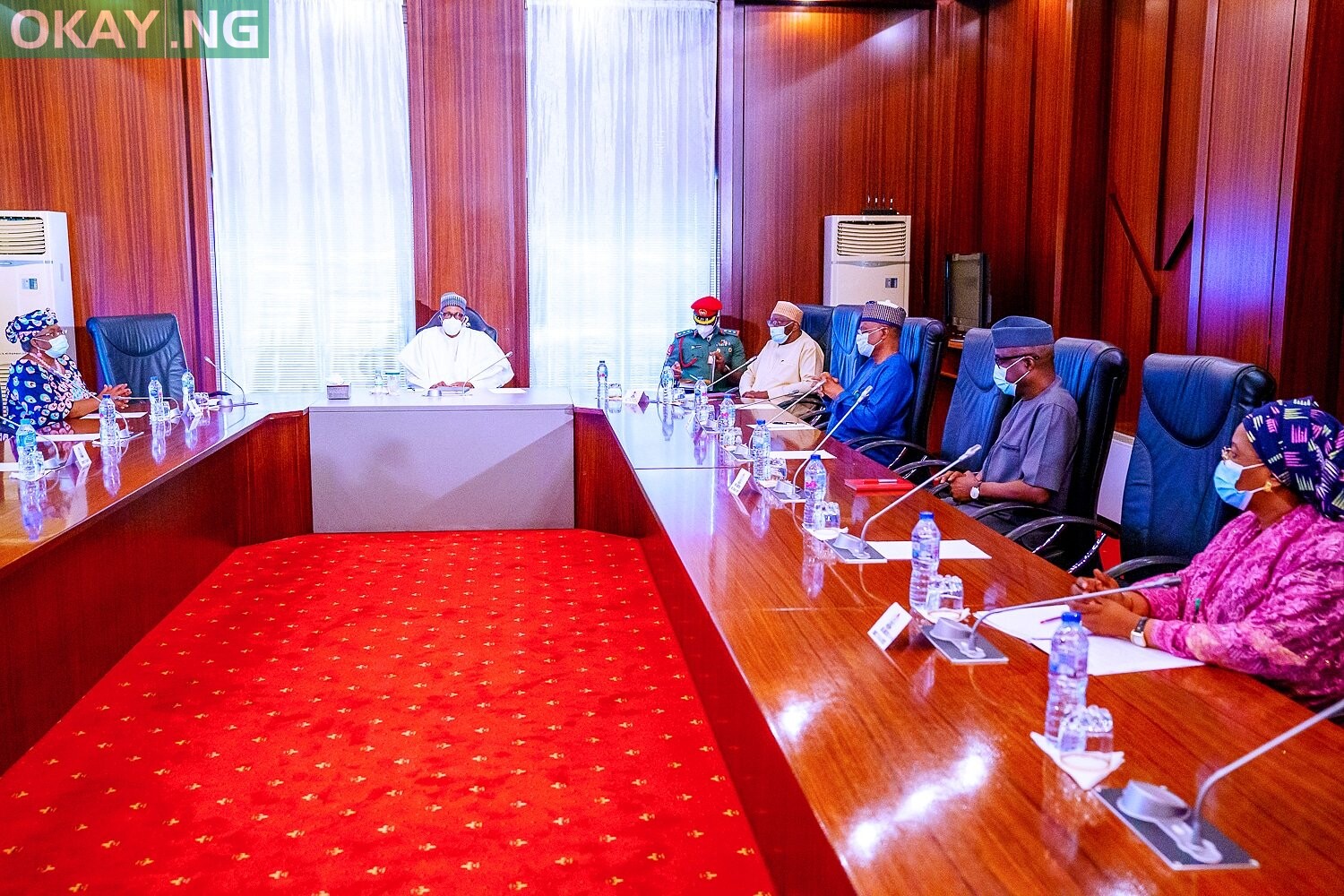 According to him, “I assure you that we will do all that we can to ensure that you emerge as the Director-General of WTO, not only because you are a Nigerian, but because you are a hardworking Nigerian. You deserve this.”

Assuring the world-class economist that he would make more phone calls, and send letters to some world leaders for more support, the President said, “I did the same for Dr Akinwunmi Adesina for President of the African Development Bank. Both of you served the country under the Peoples Democratic Party (PDP).

“You are both highly qualified. We will continue to support you. I will immediately make those calls.”

In her remarks, Dr Okonjo-Iweala, a renowned development economist, thanked the President and his ministers, particularly the Ministers of Foreign Affairs, and Ministers of Industry, Trade and Investment for supporting her staunchly.

“I feel very proud of Nigeria. I am getting so much support from you, Mr President, Chief of Staff, Ministers of Foreign Affairs and Ministers of Industry, Trade and Investments.

“The ministers have been working around the clock to ensure that I succeed,’’ she said.

The former Minister of Finance also appreciated ECOWAS leaders for their endorsement, mentioning, in particular, the outstanding contributions of President Mahamadou Issoufou of Niger Republic and immediate past Chairman of ECOWAS as well as President Alhassan Quattara of Cote d’Ivoire.

She asked the President to “make one final push within the week to beat the Koreans and bring this to Nigeria by sending a few letters and placing telephone calls to some world leaders, and also thank others for their support.’’

“Mr President, put a smile on my face,” she said, “I am very proud of the country.”