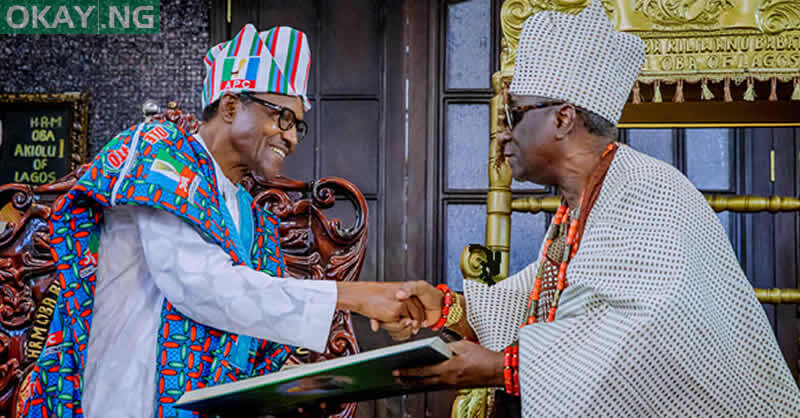 President Muhammadu Buhari on Thursday called the Oba of Lagos, Rilwanu Akiolu, on the telephone to rejoice with him on his 77th birthday.

This was disclosed in a statement issued by his Buhari’s spokesman, Garba Shehu, on Thursday.

According to Garba Shehu, the President also seized the opportunity to commiserate with the traditional ruler on the recent attack on his palace.

“President Buhari conveyed his warm greetings and best wishes to the Lagos ruler on the occasion of his 77th birthday.

“He also commiserated with him on the recent episode of violence that led to the losses of life and property in Lagos.

“The President recalled his long association and friendship with the Oba and appreciated the personal role that the latter has played in nurturing the peace and development of Lagos State and nation as a whole.”