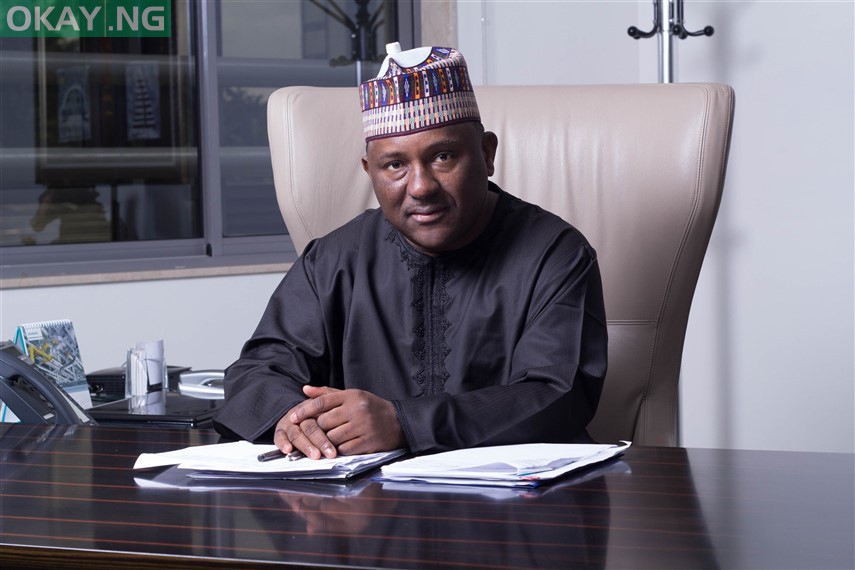 Nigeria’s leading foods, infrastructure, mining and manufacturing conglomerate, the BUA Group is set to land a new project worth over $400 million.

Okay.ng has learnt that Alhaji Abdulsamad Rabiu, founder of the BUA Group, is investing in a vertically integrated sugar facility in Nigeria’s Kwara state.

Sugar is largely produced in some African countries, especially in Eswatini and Mozambique.

Other economies like Nigeria, Egypt and Algeria still import more than they consume. In Nigeria alone, sugar imports account for 90% of consumption.

The project, which when completed will cut down the cost of Nigeria’s importation, includes a 20,000 hectare sugar plantation, a sugar milling plant, a sugar refinery, an ethanol plant and a 35 MW power plant fuelled by bagasse, a sugar cane residue.

Commenting on the development while speaking with African Business, Rabiu noted:

“The beauty of the sugar refinery is that in terms of agriculture it’s the way to go. Our plantation is going to be completed by next year. It’s a 20,000 hectare fully integrated four-in-one plantation with sugar mill, sugar refinery, ethanol and power plant. Once we complete it, it should reduce Nigeria’s import bill by $150m a year.

“And we should be creating 6,000 direct jobs. It’s an exciting project. Even the power we produce to run the mill and refinery comes from a biproduct of the sugar cane. Agriculture is turning out to be a game-changer. And Nigeria sits on almost 48m hectares of arable land between Kwara state, Niger state and Kogi state – flat, arable, fertile land.”

The billionaire made his fortune in cement and is applying the same logic to agriculture: tap into what your country produces and take advantage of your country’s resources and competitive advantages.

In cement, all the inputs – primarily limestone and gypsum – can be found in Nigeria. As a result, production costs make them highly competitive against imports, both in Nigeria (which has become self-sufficient in cement) and also neighbouring countries. Energy costs remain a concern, however.

On localised production, Rabiu points out that the conflict between Russia and Ukraine has once again highlighted Africa’s vulnerabilities.

Available data shows that countries that produce what they consume have been better able to manage their inflationary risk.

Uganda for example is self-sufficient in the production of matoke, cassava and sweet potatoes. This has prevented the country from suffering as badly as other countries when it comes to food inflation. And with an appreciating dollar, importing inflation is now a bigger risk for countries in Africa and elsewhere.

According to the BUA Group Chairman, his model is to: “concentrate on areas where we can add value to resources that we have locally… this makes you less susceptible to shocks. We’re sitting on 60% of the world’s arable land and 30% of the natural mineral resources.”

Rabiu himself has seen the mounting costs of global shocks. Increases in the price of wheat are threatening the viability of BUA’s flour and foods business.

“Last year we were paying $250 a tonne to import wheat. Today that has increased to $600. So if you are importing 1m tonnes a year, that is adding close to $30m per month to your cost base. We can’t pass this cost to the consumer, they just wouldn’t pay it, so yes it’s a cause for concern.” He added.

For the time being, sugar will be sold in the domestic market. With a population of 200m, satiating local demand makes business sense. And selling to other countries is still tough.

Despite the implementation of the African Continental Free Trade Area, Rabiu says there are still challenges to transnational trade as governments make a substantial chunk of revenues from import duties.

The Kwara state government was supportive in giving them the land on a freehold basis, although they did have to compensate local communities at considerable cost. Getting the title deeds in a clean and transparent way was a deal clincher, he explains.

Once this was settled, everything else, including finance, was relatively straightforward. Half of the project costs are being financed by the Africa Finance Corporation.

Alhaji Rabiu Abdulsamad is known for his optimism and for continuously selling the Nigerian opportunity. However, he admits to concerns over the country’s inability to overcome long-standing power supply difficulties.

According to him, Power, which is critical to many of his businesses, is still a major issue. Africa, he said, has 180 GW of production capacity, with half of that in Egypt and South Africa. He pointed out that California as a state produces 285 GW. Nigeria produces less than 10 GW.

All this eats into a company’s productivity. Not to mention the fact that most projects will require a fully integrated solution, and that involves a higher capital expenditure than in other countries. But the returns, he says, are generally highly attractive. “Beneficiation is where the value is.”

While expressing optimism, in the Nigerian elections approaching, he sends a message to the prospective candidates: “What I am looking for is for somebody that can come and unlock all the opportunities in this country. It makes me sad that we have everything and yet we have nothing. We import almost 80% of what we eat. We have no business importing food. These are the issues that we want our leaders to address and help us resolve.”