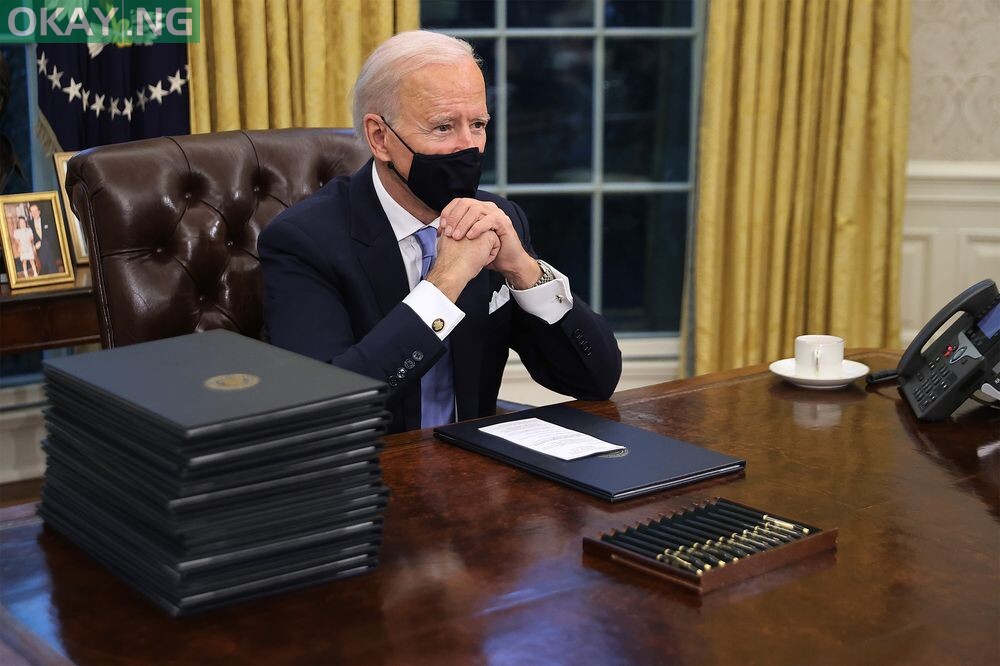 President Joe Biden said Wednesday that outgoing president Donald Trump had left him a “very generous” letter in the Oval Office, in keeping with tradition.

“Because it’s private, I will not talk about it until I talk to him,” he said.

It was unclear until Wednesday whether Trump would maintain the tradition of outgoing presidents leaving notes for their successors after he opted to skip Biden’s inauguration and never formally congratulated him on his election win.

Trump, who refused to accept his defeat for more than two months, never congratulated Biden on his victory.

“We are just temporary occupants of this office,” Barack Obama wrote in his own note to Trump four years ago, left in the Oval Office in line with presidential tradition.

“That makes us guardians of those democratic institutions and traditions… that our forebears fought and bled for. Regardless of the push and pull of daily politics, it’s up to us to leave those instruments of our democracy at least as strong as we found them,” he added.

The letter touted as one of the classiest left by a president was written by Republican George H.W. Bush to Bill Clinton, who had made Bush a one-term president after defeating him in the 1992 election.

The letter, which Bush left as he departed the White House in 1993, recalled his “sense of wonder and respect” as he walked in to the Oval Office four years earlier.

“There will be very tough times … just don’t let the critics discourage you or push you off course,” Bush wrote.

“You will be our president when you read this note. I wish you well. I wish your family well. Your success now is our country’s success. I am rooting hard for you. Good luck,” he told his opponent.