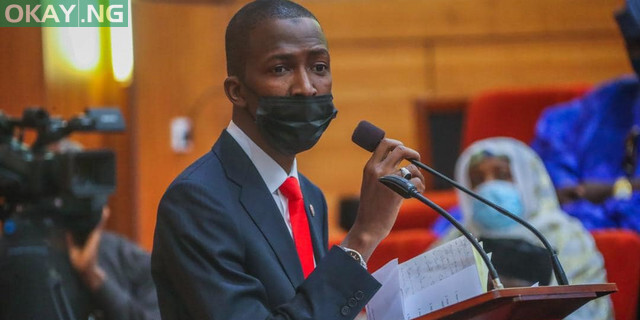 EFCC Chairman Abdulrasheed Bawa says the anti-graft agency was moving to relaunch inter-faith dialogue in its operations in a bid to instill the culture of integrity in young people and rid the society of financial corruption.

Mr Bawa said the agency now seeks to prioritise measures aimed at preventing corruption in order to save the huge cost of prosecuting corruption cases.

The EFCC boss who spoke in New York on Sunday said that one of the best means to fight corruption in the country was for Nigerians to have attitudinal change.

He said that the anti-corruption agency was exploring Nigeria’s religious strength, pointing out that Nigeria is unarguably the most religious nation on earth.

The EFCC had in 2012 launched the interfaith dialogue, which brought the leadership of Christians and Islam in the country together, Mr Bawa reckoned.

“We developed a manual that we intend to give to these faith-based institutions to give to their followers and will also discuss the need to partner with the EFCC.

“We want to tap on our religious strength in Nigeria because corruption can be checked with a change in attitude,’’ he said.

Mr Bawa also said the commission was pushing for the establishment of anti-corruption studies in the school curriculum.

He said the commission had established integrity clubs in schools and at the National Youth Service Corps (NYSC) camps to instill the culture of integrity in the youth.

“The trend around the world is to include anti-corruption in students’ curriculum to be able to catch them young in terms of their understanding.

“By and large, when you look at the issue of corruption, it is about loving your country; it is about patriotism, about doing the right thing, this, to me, will make Nigeria better,’’ he said.

The EFCC boss emphasised the need to promote anti-corruption and culture of integrity in schools to make Nigeria a corrupt-free nation.