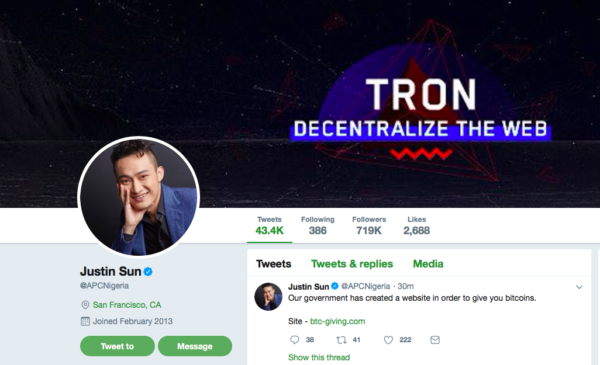 The account shared tweets around 3 PM promising to give followers 1,000 Bitcoin and 5,000 Ethereum.

Bitcoin and Ethereum are cryptocurrencies.

The hacker later changed its Twitter name to Justin Sun, founder of TRON, a crypto network.

It has since shared several tweets offering cryptocurrency to followers.

Philip Obin, a chairmanship candidate with the party, later confirmed that the account has been hacked, and added that efforts to recover it are ongoing.

Account hacked. Efforts to recover it ongoing. Any inconvenience is regretted.

Account hacked. Efforts to recover it ongoing. Any inconvenience is regretted. 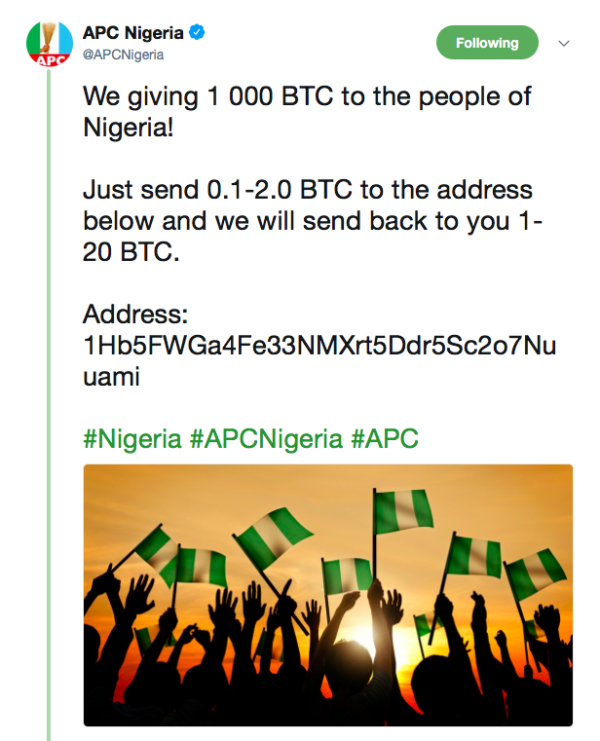