The National Association of Nigerian Students (NANS) has given all South African companies in Nigeria 48 hours to relocate over the xenophobic attacks on Nigerians in South Africa. 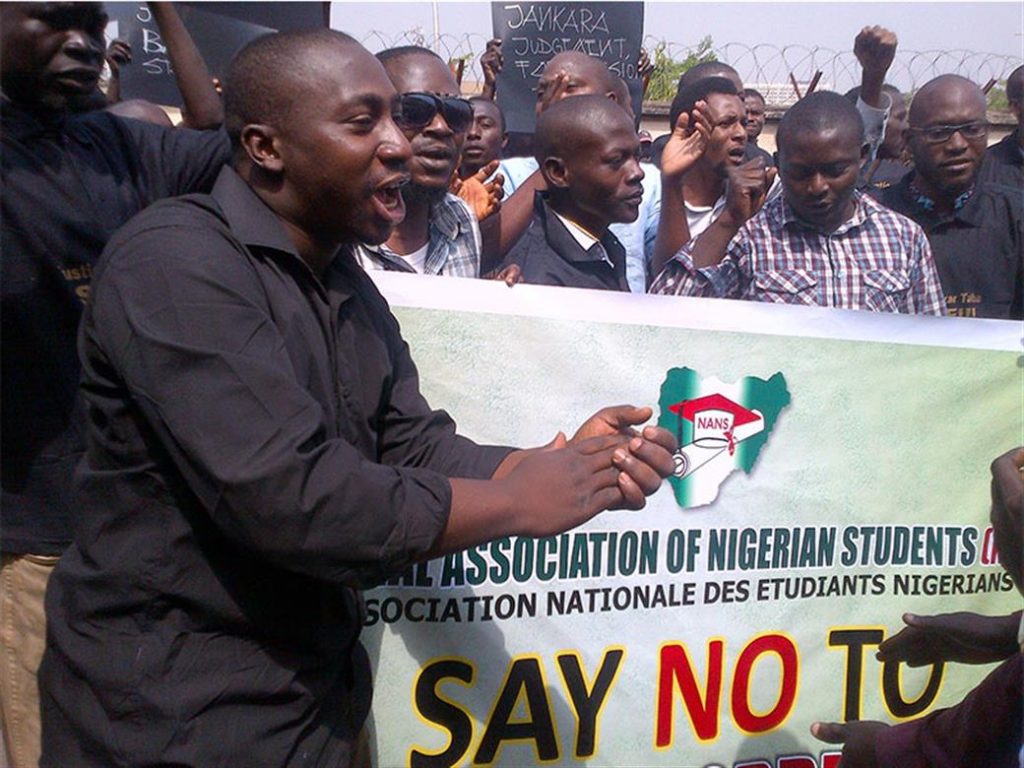 The students gave the ultimatum at a demonstration at some South African companies in Abuja on Thursday.

During the protest the students carried placards and a banner, which read, “NANS Against Xenophobic Attacks on Nigerians.’’

The President of NANS, Mr. Kadiri Aruna, said in an interview with News Agency of Nigeria at the office of DStv, a South African company, in Wuse 2, Abuja, that Nigerian students had resolved to condemn the attacks.

“We are saying that enough is enough as South Africans have openly attacked and bullied Nigerians.’’

Aruna said that the protest would also serve as a warning to other countries trying to underrate Nigerians.

He said that after 48 hours, if nothing was done, messages would be sent to students in all university campuses to bring down MTN masts all over the country.

Aruna said that DSTV and Shoprite would also be affected as the union had put adequate strategies in place to make the action effective.

“All the South African business empires in Nigeria and their collaborators in Nigeria will be affected,” he said.

“I don’t want to say we will be barbaric but we will not be lawful in our actions, we will do it and face the consequences, enough of this rubbish.”

Aruna stressed that the poor treatment being meted out to Nigerians was particularly insulting given the role Nigeria played in ending the apartheid regime in South Africa.

“Nigeria contributed 80 per cent of the freedom the South Africans are enjoying today because we saved them from the jaws of apartheid.

“Who is South Africa to humiliate Nigeria? So they forget things so soon, let them go back to history and records to see how much financial assistance and what the country did to save them,’’ he said.

The union president said that the situation was inhuman and for this reason all reasonable Nigerians must react.

“In science they say you use malaria to cure malaria, now you use madness to cure their madness, and that is why we are advising them to leave Nigerian soil before 48 hours.’’

The NANS president called on the Federal Government not to wait until the dying minutes before evacuating Nigerians from South Africa.

“Government should take extra-diplomatic measures in dealing with the latest deadly assaults because if nothing drastic is done it will become a regular occurrence,” he said.

He said the current attacks occurred because the last time xenophobic attacks happened nothing was done, no action was taken and no arrest was made.