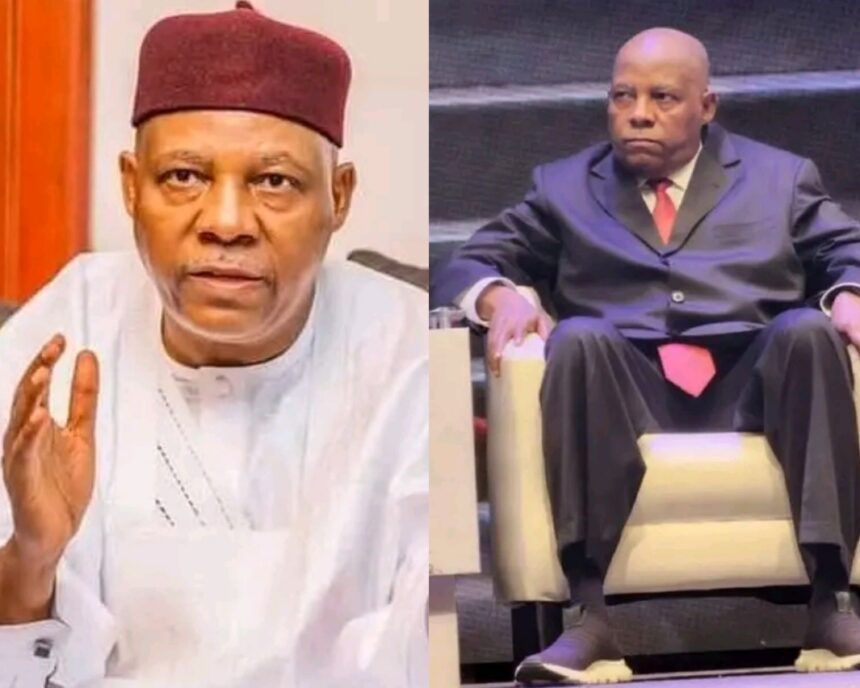 Ex-Borno Governor and vice-Presidential Candidate of the All Progressives Congress in the 2023 presidential election, Kashim Shettima, has explained that he wore sneakers with a corporate suit to the Nigerian Bar Association’s Annual General Conference held on Monday to taunt mischief-makers.

Shettima’s outfit to the one-week long event at the Eko Hotel and Suites in Lagos had attracted widespread criticism on social media.

However, in a viral video, Shettima said he deliberately wore a pair of sneakers and suit to the conference to mock his detractors led by an unnamed presidential candidate.

In the one-minute video, Shettima said, “I was in Lagos for the NBA conference. NBA conference was held in Eko Hotels. It was largely funded by the Lagos State Government, the APC government of Lagos State. Subsequently, they moved to Eko Atlantic city, a product of an idea conceived by Asiwaju Bola Ahmed Tinubu.

“When I sent my recce team… One of the presidential candidates, his team held meetings for three consecutive nights to commit mischief. When I was told it was a hostile crowd, I’m a banker, trained by one of the best bankers in the world; I’m a Jim Ovia boy. I deliberately wore sneakers to snoop at them.”

Shettima had attended the conference and sat on a panel alongside his Peoples Democratic Party’s counterpart, Atiku Abubakar; and Labour Party’s presidential candidate, Peter Obi; amongst others.

The conference with the theme ‘Bold Transitions’ began on Monday and ran until August 26.

Okay.ng had reported that Shettima said the government of APC Presidential Candidate, Bola Tinubu, will replicate the “wonders” in Borno and Lagos states if elected president in 2023.