Six days after being ousted from office, Chief Martins Azubuike, the former Speaker, Abia House of Assembly, says his uprightness cost him the job. 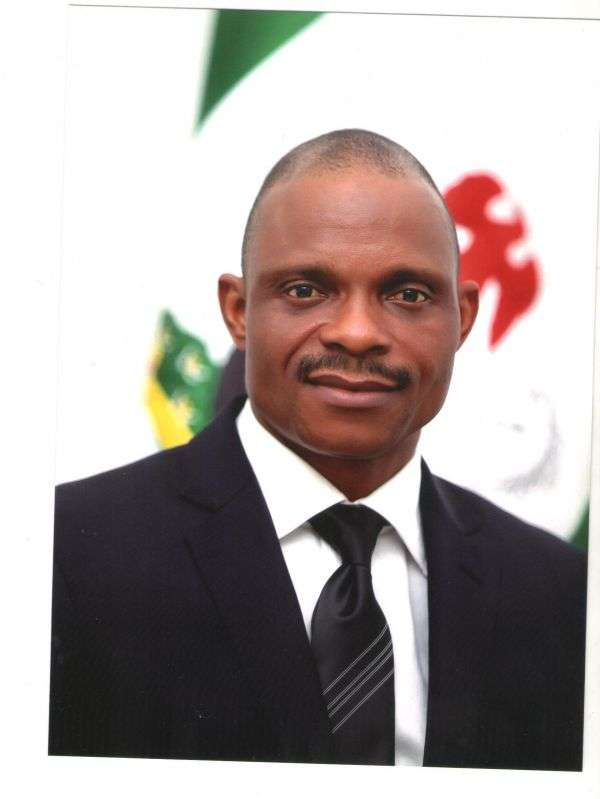 Azubuike who made the disclosure on Sunday at a reception by his community, Umunneato-Ngwa, said he was impeached because of not consenting to the sharing of funds meant for projects.

He said instead: “I chose to deploy available funds to projects and not sharing it among members’’. The reception was organised by Umunneato-Ngwa, a socio-cultural body.

He told the audience that he committed no impeachable offence but was removed because he did not accede to demands to share allocations to the house among the members.

Azubuike, highly revered by workers in the House of Assembly for his experience as a third-term legislator, listed the projects executed during his more than one year tenure as Speaker.

According to him, the projects include the completion of an office complex for the 24 legislators which was started in 2007.

Azubuike said other projects were the computerisation of the operations and a website for the Assembly to enable members to track its activities from within and outside the complex.

He said that he also procured vehicles for the members and two buses for committee assignments by members.

“These monetary achievements were the challenges I had with the members because I did not agree that the money should be put on the table to be shared by members,’’ Azubuike said.
He also reeled out a number of constituency projects he executed in his Isiala Ngwa North, to include the grading of roads in the area and bursary award to 100 students.

The former speaker said that he organised free medical services for people of the area as well as schools competitions during which scholarships were awarded to the best students among other projects.

Azubuike said that at the inception of the sixth Assembly, his leadership articulated a roadmap for 2015/2019 on how to drive development in the state.

According to him, whatever the present administration of Gov. Okezie Ikpeazu has achieved from inception to date was as a result of the initiatives by the House under his watch.

He said that since his emergence as Speaker, he supported the governor against the background that it was the first time an Ngwa extraction produced a governor since the creation of Abia.

Azubike, however, expressed his readiness to continue to support the governor to ensure his success.

He also assured his people that he would continue to provide effective representation in the House.

“I am not going to take the back seat but I will take the front seat because I do not see anybody in the House that can do it better than I.’’

The former Speaker also thanked the organisers of the event and elders of the area for the honour done to him.

He said that he had been consoled by their solidarity and kind words which he hoped to cherish all his life.

Speaking to newsmen on the sidelines of the event, Azubuike said that he was not served a notice of impeachment to enable him defend himself against the allegations.

Eminent politicians and leaders of the group, in their separate speeches, discredited the action of the legislators, describing their reasons for the impeachment as not only flimsy but untenable.

The Chairman of Isialangwa North, Chief Ginger Onwusibe, said that the reason adduced by the House in impeaching Azubuike was “to give a dog a bad name, in order to hang it’’.

He said that many people thought the youths of the area would mobilise to block the Ngwa axis of the Enugu-Port Harcourt Expressway to protest Azubuike’s removal.

He said that they would not take any action that would undermine Ikpeazu’s administration.

“This administration is the one we all struggled to install. We cannot destroy the house we jointly built,’’ Onwusibe said.

The leader of the group, Mr Emmanuel Adaelu, expressed utter disappointment that no legislator, including those from Ngwa ethnic nationality told him the sins Azubuike committed to warrant his removal.

“When I made phone calls, none of the legislators from our area could tell me what Azubuike did yet they all signed his impeachment notice,’’ Adaelu said.

Other speakers exonerated Azubuike of the allegations leveled against him.

They admonished him not to be demoralised by the action but to aspire to greater heights believing that “when one door closes, God will open another’’.

The leader, Nzuko Ohaneze Ukwa Ngwa, Saint-Moses Ogbonna, underscored the need for cohesion among the legislators from the area, saying there was strength in unity.

There was also a consensus among the people on the need for everybody to rally support for Ikpeazu’s administration.

NAN reports that Azubuike was impeached on Dec. 29, 2016 by 20 of the 24 legislators for alleged financial recklessness and autocratic leadership style among other allegations.