This not being their first collaboration together, fans all over have called out the Hotline Bling rapper for not featuring in the video shoot as many are beginning to satisfy their suspicion that the rapper has a feud with Wizkid.

In view of this, Wizkid has decided to ease the tension and has given reason as to why Drake was not featured in the video. In his words He [Wizkid] had a family emergency during Drake’s One Dance shoot and Drake was on tour when they did Come Closer. 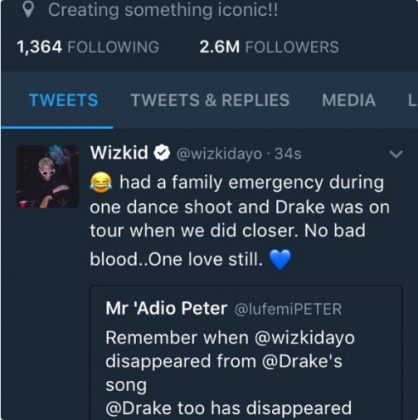