A deal was agreed between the clubs on Sunday, with the playmaker reportedly travelling to his native France to complete a medical. 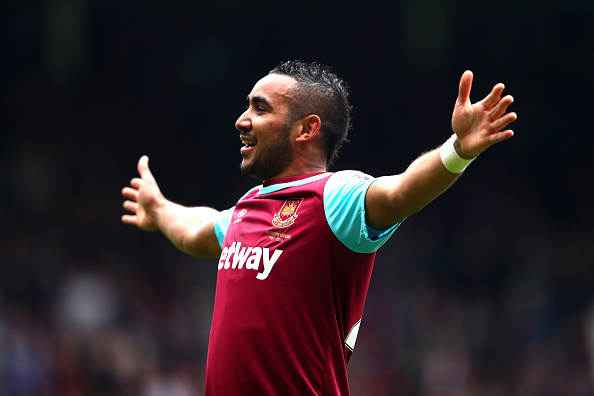 The France international’s spell in London looks set to come to an end after the Ligue 1 side agreed a deal to take him back to Stade Velodrome
West Ham have announced they have agreed a fee of £25 million for the sale of star player Dimitri Payet to Marseille.

A deal was agreed between the clubs on Sunday, with the playmaker reportedly travelling to his native France to complete a medical.

Payet joined the Hammers from the Ligue 1 side in June 2015, setting the Premier League alight during his first season in England.

His performances helped manager Slaven Bilic guide West Ham to a seventh-place finish in the final campaign at Upton Park, as Payet earned a key role with France during their Euro 2016 campaign on home soil.

West Ham United can confirm that a £25m fee has today been agreed for the transfer of Dimitri Payet to Olympique de Marseille#COYI pic.twitter.com/U99Cl6cEdO

But 2016-17 has not been kind to Payet or West Ham, with the club’s move to London Stadium, the converted venue that staged the Olympic Games in 2012, initially knocking the Hammers badly out of their stride.

They failed to qualify for the Europa League group stage and have struggled for consistency in the top flight, although two successive wins in their last two outings have seen them climb to the relative comfort of 10th place after appearing in danger of becoming involved in a relegation battle.

Payet in particular had been unable to replicate the form that won him so many admirers last season. And Bilic confirmed the worst fears of West Ham supporters earlier this month, when he announced Payet was no longer willing to play for the club .

While many of Europe’s top sides had been linked with an interest in the 29-year-old, Marseille quickly emerged as the favourites to sign him, though the process was quite drawn out as the Premier League side snubbed previous offers in order to get closer to £30m for him .

The 29-year-old former Nantes, Saint-Etienne and Lille player looks set to re-join his old club, with his next task to hit the heights that caught the eye of Les Bleus coach Didier Deschamps last year.

Marseille, who host Lyon in the Coupe de France on Tuesday, are fifth in Ligue 1.