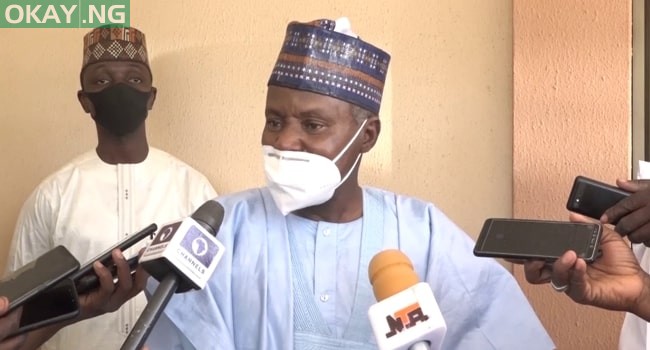 Retired Maj-Gen Bashir Magashi, the Minister of Defence explained that the Ministry is trying to verify the source of the security alert threat issued by the United States.

The Minister said this when he appeared before the House of Representatives committee on Army to defend the 2023 budget proposal for the ministry.

Remember that on Oct. 23, the U.S.Mission in Nigeria issued a security alert over the risk of terror attacks in Nigeria, especially in the Federal Capital Territory, he said the ministry would not take the threat lightly.

”The ministry is trying to verify the source of the threat as well as countries that are also interested in the remarks made by the U.S. government,” he said.

He assured the citizens not to take the current security alert threat lightly, saying security in Abuja is being beefed up in the FCT and other neighboring states of Nasarawa and Niger.

“We believe that there is no smoke without fire and in that regard, we were able to subject the details to our intelligence organisations and they have provided answers to those areas which the government demands,” he said.

He said the government understands what it needed was to be extra vigilant to prevent any activities of bandits and where the threat was likely to come so that it could be neutralised.

The minister urged the U.S. government to always provide such information to the ministry instead of going public to avoid causing confusion among the people.

He showed satisfaction with the level of successes recorded so far in the fight against insecurity in the last five months.

This is a proof with the level of professionalism displayed by the military, while assuring that adequate funds would be allocated to the defense sector in the 2023 budget, he lastly said.