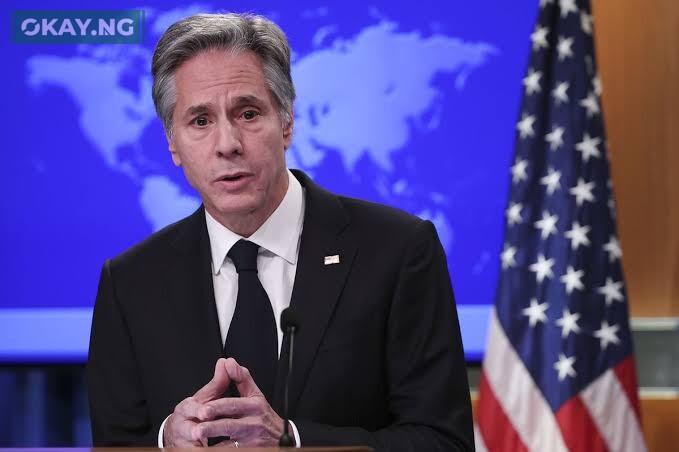 The US government has announced a new set of visa restrictions on Nigerians who have been accused of undermining democracy in the country.

The US Secretary of State explained that this move is an effort to advance democracy and tackle corruption in Nigeria.

He stated that “The United States is dedicated to promoting and supporting democracy in Nigeria and worldwide. Today, we are announcing visa restrictions on certain individuals in Nigeria who have actively worked to undermine the democratic process in recent elections.”

Blinken added that under Section 212(a)(3)C) of the Immigration and Nationality Act, these individuals will be found ineligible for visas to the United States under a policy to restrict visas of those believed to be responsible for, or complicit in, undermining democracy in Nigeria.

He also noted that additional persons who undermine the democratic process in Nigeria, including in the lead-up to, during, and following Nigeria’s 2023 elections, may be found ineligible for US visas under this policy.

The US Secretary of State made it clear that the visa restriction is not targeted at the Nigerian people or the government, but rather specific individuals who have actively worked to undermine the democratic process in recent elections.

He described it as a reflection of the US government’s commitment to supporting Nigeria’s aspiration to combat corruption and strengthen democracy and the rule of law.

“The visa restrictions announced today are specific to certain individuals and are not directed at the Nigerian people or the Government of Nigeria. The decision to impose visa restrictions reflects the commitment of the United States to support Nigerian aspirations to combat corruption and strengthen democracy and the rule of law,” he said.